The behavior of change

Changing human behavior is not impossible, just almost impossible! This statement is easy to garner agreement around since most oral health care providers have experienced it on a personal as well as a professional level. A personal example many can relate to is losing weight which requires dietary habit changes, or getting more fit which requires additional exercise. Even when desiring the outcome the habit change would provide, changing a habit is challenging, and so the desired outcome is often elusive.

Changing human behavior is not impossible, just almost impossible! This statement is easy to garner agreement around since most oral health care providers have experienced it on a personal as well as a professional level.

A personal example many can relate to is losing weight which requires dietary habit changes, or getting more fit which requires additional exercise. Even when desiring the outcome the habit change would provide, changing a habit is challenging, and so the desired outcome is often elusive.

Interestingly, most chronic diseases that vex our society today require behavior change to ameliorate. This hasn’t always been the case. In earlier times, prior to the advent of sanitation disease was largely caused by lack of asepsis, or prior to antibiotics by infectious agents.

Now, conditions such as diabetes, obesity, some cancers, cardiovascular disease and periodontal disease are behaviorally-based and require individuals either to drop current or to adopt new behaviors. Today’s disease conditions require changes in diet, exercise, alcohol, tobacco use, and/or oral home care.

Professionally, it often is necessary to facilitate behavior change among patients, to accept a treatment plan or commit to more effective oral self-care behaviors. Similarly, it may be that certain dental team staff members may need to alter a behavior in order for the practice setting to function better. The need for behavior change is a constant in our lives, one for which more expertise could be helpful.

When was the last time confrontation, guilt, defensiveness and resistance promoted a positive outcome? Yet, aren’t these the negative concepts that often accompany attempts to change behavior? They have traditionally been cornerstones of our attempts to educate patients about dental disease and to persuade them to change behavior.

How successful has it been when someone else has tried to impose a behavior change on you, rather than the change being your own decision? Usually, lasting behavioral changes occur because the individual was ready for the change, not due to outside persuasion.

No wonder our attempts at facilitating behavior change in patients has most often been unsuccessful. The stereotypical ‘lecture’ provided to the patient by the dental hygienist is often portrayed humorously in the media, but is really no laughing matter.

No one likes being lectured to or at.

In the science of human behavior change, being ‘ready to change’ is considered prerequisite to meaningful change. What does it take for a person to really be ready to take action?

The ‘Stages of Change’ Model was originally developed in the late 1970s and early 1980s by James Prochaska and Carlo DiClemente at the University of Rhode Island. At that time, they were studying how smokers were able to give up their habit. After research validated the model, this approach has been applied to a broad range of behaviors including weight loss, injury prevention, overcoming alcohol, and drug problems, weight loss, safe sexual practices, among others.

The idea behind this model is that behavior change does not happen in one step. Rather, people tend to progress through different stages on their way to successful change. Also, each person progresses through the stages at their own rate. The process of change is characterized by the following stages: Precontemplation, Contemplation, Preparation, Action, Maintenance and Relapse.

It generally is best to determine the stage in which the patient or staff member requiring change currently resides, so education can be designed or ‘tailored’ to facilitate movement on to the next stage in the continuum. Telling a person to start flossing their teeth (action stage) when they have never even thought about it before (precontemplation) is not likely to lead to behavior change.

Suppose you have a staff member, Sharon, who consistently arrives late in the morning, causing the rest of the team to “cover” for her which prevents them from adequately meeting their own responsibilities. The morning invariably starts off badly and is usually hard to recover from until a fresh start after the lunch hour. Sharon doesn’t currently feel the need to change her behavior because she doesn’t realize it is presenting a problem.

Sending scathing looks upon her arrival and conveying ill will toward her throughout the morning will not be conducive to facilitating earlier arrivals. Sharon doesn’t even realize the impact of her tardiness since others are pitching in to keep things on track. She is still in the precontemplation stage.

The idea is to help her move through the stages of change, from precontemplation to action and maintenance. Punishing her with ‘dirty looks’ or docking her pay for every minute late is not the appropriate way to elicit change.

The really valuable trick to this process is that her need to change will be more smoothly accepted if she comes to her own realization that she needs to change, rather than change being imposed on her from the outside. This sounds like a tall order, but tune in for the next installment in this series to learn how to guide a person, like Sharon, into realizing the need for her own behavior change.

The technique involves guiding the person to seeing that their current behavior is not helping them to meet their goals. In Sharon’s case, this goal is probably to co-exist in pleasant environment where she feels like a valued team member. The formal name for the technique is Motivational Interviewing; an easily learned method for an interview or conversation with Sharon that can result in her motivation for change. It’s a much more pleasant approach than confrontation, which often invokes guilt, defensiveness and resistance.

Stay tuned to learn how to resolve the ‘Sharon situation’ and learn how to apply this same technique to changing patient behaviors.

Terri Tilliss, RDH, PhD, received a BS in Dental Hygiene and a Master’s in Dental Hygiene Education from the University of Iowa and earned her Master of Science degree in Counseling and a PhD in Health and Behavioral Sciences from the University of Colorado. She taught in the dental hygiene departments at both schools. She is a member of ADHA, and has held office in the IADR where she received the Annual Researcher of the Year Award from the Oral/Dental Hygiene Research Group. 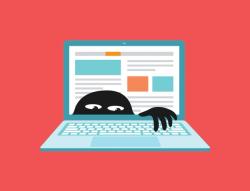 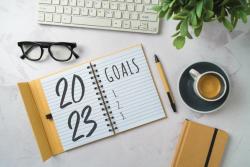