At the 2015 Edison Awards gala in New York City on April 23, John Hockenberry, host of public radio's live morning news program The Takeaway, challenged audience members to state why they were present. Many attendees said, "to talk about my product" or "to help children have a better experience."

At the 2015 Edison Awards gala in New York City on April 23, John Hockenberry, host of public radio's live morning news program The Takeaway, challenged audience members to state why they were present. Many attendees said, "to talk about my product" or "to help children have a better experience."

When David Frazee, vice president of digital at 3M ESPE Dental, pondered the question, his answer was "to make going to the dentist fun again instead of dreadful."

Frazee was in attendance to accept the silver medal Edison Award for the 3M™ True Definition Scanner.

"The timing is fabulous because 3M just launched new brand messaging to the world: 'Science. Applied to Life,'" Frazee says. "What a perfect example of science. The 3M™ True Definition Scanner has high tech optics and instant data available on a touch screen that improves health care. As a company, we use this as a shining example of the science that exists within 3M. The billions of dollars we've spent in R&D yield things that are interesting scientifically and also improve health care."

The awards also focused on products that make the world a better place, Frazee says, a description that accurately depicts the 3M™ True Definition Scanner.

"The patient experience is better because patients are more comfortable going to the office and having an impression taken," he says. "The impressions are also more accurate because they are digital. This means when the patient comes back in a week or two, he or she is not sitting for an extra 20 minutes of fitting, sanding, tweaking, pushing and holding his or her mouth open because the impression was flawed. That's a big reason the scanner makes such a big difference. It makes the existing process more efficient and enables us in the future to do things we couldn’t think of doing before."

Continue to Page 2 to read more about the product and award ...

Frazee also says he believes the 3M™ True Definition Scanner was chosen for its impact on a virtual, data-oriented society.

"We, as consumers, have streaming TV, iPhones and tablets, and that's how we communicate," Frazee says. "This device parallels that. When doctors and patients first see it, they think it's cool. It has a touch screen, and it allows patients to touch and manipulate their own teeth, an experience they haven't had before. They see the 3D image on a big screen, and they can zoom in and say, 'Wow-that's me!'"

And while digital impressioning has existed for may years, in the past, dentists needed to invest large amounts of money into the technology. 3M ESPE provides a different business model comparable to any modern mobile device, which is a game-changer, Frazee says.

"We have a low device price and a monthly data plan," he explains. "A lot of doctors don't want to jump into a $50,000 or $100,000 system because if it doesn't work, that's a lot of money thrown away. But this technology, which is proven from 3M, costs only a few thousand dollars. It's easier to make the initial investment and jump into digital age."

The Edison Awards-named for Thomas Alva Edison, whose inventions earned 1,093 U.S. patents-honor excellence in new product and service development, marketing, human-centered design and innovation. More than 3,000 senior business executives, scientists and academics from across the nation judge Edison Awards nominees, and their votes acknowledge the finalists’ success in meeting the award’s stringent criteria of quality.

“The 3M True Definition Scanner is bringing advanced digital oral care and truly accurate results to patients and dentists across the globe,” Frazee says. “Recognition from the prestigious Edison Awards is an honor, and validates the commitment to research, development and science that is so important at 3M.”

3M Food Safety also won an Edison Award for the 3M™ Petrifilm™ Rapid Yeast & Mold Count Plate under the research and education subset of the science, medical and dental category.

Video: How to efficiently restore teeth with a digital scanner 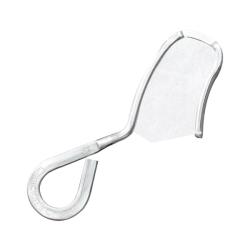 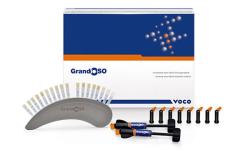