What's next for the solo practice?

A look at the past and future of dentistry as it moves from solo practice to group management practice.

When you study the business literature about successful companies, these companies all saw into the future. There was nothing mystical or mysterious about their foreknowledge. They had the same information as everyone else. But what made them a successful company was their ability to predict the future, and then the willingness to take actions that allowed them to succeed in that future.

This success story has repeated itself many times: Intel, Southwest, Amazon, Starbucks, Zappos, Facebook, Twitter. And it is also apparent in dentistry, with Heartland, Pacific, American Dental Partners and Aspen as examples.

Dentistry is clearly moving into a different future than the past might have predicted. Based on the evidence and trends, my view is that many dentists in solo private practice, whose models and cultures are based on the past, will find themselves in the same predicament as pay phones. You can make the best pay phone ever made, but pay phones don’t fit the future of telecommunications. You can also have the best solo practice on the planet, but if doesn’t fit the future, it won’t matter.

The future of dentistry

The future is, by definition, unclear, and making decisions based on an unclear outcome is risky. But if you closely study trends and patterns, you have some ability to forecast what might occur in the future.

The trend in dentistry is a steady and continuous decrease in the number of solo practices, and this trend is predicted to continue. Practice values are falling, so the negotiable value of solo practices is falling as well. Corporate competitors, fewer and fewer qualified buyers, government mandates and laws, the burdensome debt of young graduates, increasing restrictions on financing by banks, fewer dentists wanting to be owners-these are just some of the pressures driving this decreasing value of solo practice.

Up next: What the future of dentistry means for you

When you connect the dots from these trends, the future is obvious. Look no further than medicine, pharmacy and optical to see what occurred with independent solo practice when similar social, political and economic forces were at play. Consolidation was the resultant outcome. The probable future in dentistry will be the same, managed group practice.

The “tipping point,” as established by author Malcolm Gladwell,3 states that when a product or service attains between 15 to 19 percent of market penetration, it becomes adopted by the majority. Managed group practice has now exceeded 17 percent of the dentistry delivered in the country, which means it has surpassed the tipping point.

Millions upon millions of dollars are being poured into the formation and operation of managed group practices by capitalists. Why? According to Goldman-Sachs, “Such investments are paying off for private equity firms; a Sageworks analysis found that DPM (Dental Practice Management Companies) investments generated the highest return on equity of the industries they examined.”4

Read more: Why managed group practice will dominate the future

Although the dentists, their associations and academies, the pundits, consultants, and the brokers all claim that solo practice will not be vanquished, given the trends-the rapid growth of managed groups, the decreasing number of solo practice-it seems clear that they are inaccurate in their predictions.5

Managed group practices can do what solo practices cannot do, given their economies of scale and bargaining leverage. Managed group practices can hire seasoned senior executives, such as Chief Executive Officers, Chief Operating Officers, Chief Financial Officers, Human Resources managers, in-house IT departments, in-house marketing departments and facility managers. A dentist in solo practice must perform all those functions, as well as perform in the operatory to generate the needed revenues.

Additional reading: The current and future state of the solo and group dental practice

Dentists should ask themselves about the appropriate actions they need to take in the present, so they can compete in the future. Dentists in solo practice need to realize that solo practice is rapidly trending downward. The future can’t ever be fully known, but it seems that managed group practices will have a strong place in it.

3 The Tipping Point by Malcom Gladwell 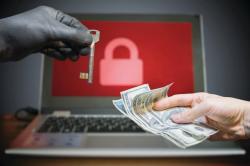