What Waterlase can bring to your dental practice

Why one practitioner has been using the Waterlase laser from BIOLASE for more than a decade.

The evolution of dental equipment is a constant improvement in functionality, ease of use and patient comfort. BIOLASE’s Waterlase laser system is a huge step forward on those fronts. The laser is able to work with both hard and soft tissues and do so in a way that minimizes patient pain and shortens healing time.

We spoke with Dr. Jeffrey Harrison, DDS, of Briargate Dental Center in Colorado Springs, Colorado, about how he uses lasers in his practice, why BIOLASE’s Waterlase is an integral part of his daily work and why his patients love it.

Tell us about your history with dental lasers.

I started using lasers in 1998 in my practice and got hooked on BIOLASE and Waterlase in 2005. I graduated in 1994 and have spent three quarters of my career working with lasers. I was looking for a laser I could use on every patient, every day; not the laser that I would pull out just for certain procedures. It was the versatility of that wavelength that appealed to me.

How do patients respond to the Waterlase?

Back when I got into this in 2005, the laser was priced at a much higher point. It was hard to quantify the return on investment when spending that kind of money for a device that you would be using on soft tissue. But that was really my most pleasant surprise, because it cuts with energized water. It’s a cool cut versus the soft-tissue lasers that are all using heat to cut, so my patients’ tissue response was much greater, the postoperative discomfort was far less and the healing rate was much quicker.

My favorite word has always been, ‘wow.’ Anytime that you can get a patient to say ‘wow’ or you get a team member who’s helping during the procedure to say ‘wow,’ that is the golden moment.

Does the Waterlase replace any tool(s) in your office?

The key for dentists who are considering lasers is don’t ever think of one piece of equipment as a replacement. The same thing applies to cone beam technology. We don’t think of it as a replacement to a bitewing or a periapical X-ray, and therefore we shouldn’t consider lasers to be replacements for the handpiece. It can be used, a lot of times, in restorative situations where you may not have to pick up the handpiece until you’re doing minor refinements of your restoration, or if you have a trouble spot of decay that’s hard to get the laser to, but I think of it more as another tool in my belt.

How often do you use the Waterlase?

I turn to the Waterlase for every patient, every day, at some point during the procedure, whether it be the ability to do a restoration without the need for a local anesthetic or the replacement of retraction cord for better soft tissue management, or creating better impressions, either digitally or with conventional polyvinyl siloxane. I love it for esthetic crown lengthening because it’s always been my belief that the gingival tissues are the frame for the picture, and if you create a beautiful picture with porcelain veneers but you don’t have the soft tissue frame correct, then the case just never looks correct.

More from the author: 14 things dentists should look forward to in 2018

How can Waterlase be used to treat growing disease states like periodontitis and peri-implantitis?

Periodontal disease is on the rise, as nearly 40 percent of all of the patients I see have mild to moderate periodontitis. The REPAIR protocol is a minimally invasive solution that provides me the versatility, flexibility and access I need to solve this growing clinical challenge beyond my expectations and those of my patients. When we’re treating a failing implant, we’re using a specialized tip that only BIOLASE has access to called a Side Firing Tip. This innovation transforms the management of peri-implantitis. It has a unique design that allows us to disinfect the threads of a failing implant without the release of the flap. We are getting a 98 percent removal of the biofilm, which is the killer of implants that are failing.

How has the Waterlase changed the way you work?

As an instructor for BIOLASE, it really, really helps me remember what it was like to not have it in my arsenal. Because when you’ve got something that’s at your disposal daily, eventually you take it for granted. And I like to think of my laser as my problem solver. So, if I was doing a Class V restoration and it was subgingival, before I had a laser, that was a problem. How am I going to get the soft tissue out of the way? How am I going to keep it from bleeding when I place the composite restoration so I don’t end up with a pink restoration? The laser solved that issue for me.

Or, if I had a tooth break off at the gum line, how am I going to get that tooth out without referring it to the specialist and keeping that procedure in my practice? If I was doing a crown and bridge procedure and I knew that the bone was getting close to the margin, how would I have dealt with that before I had a laser? If we’re doing a traditional crown lengthening, we’re looking at a very long period of time after we’ve corrected the bone away from the margin before we can ever proceed with the final restoration.

The laser is a problem solver for me. It allows me immediate access to what I’m trying to accomplish in the long term in a much quicker time frame. 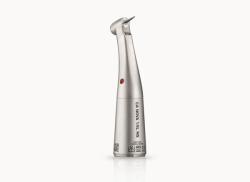 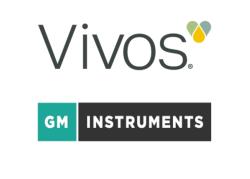