What President Trump means for your taxes 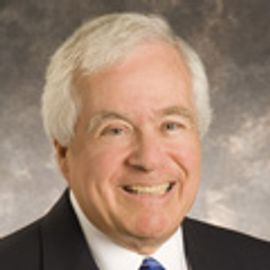 Bruce Bryen is a certified public accountant with over 45 years of experience and is a part of Baratz & Associates CPAs. He specializes in deferred compensation, such as retirement planning design; income and estate tax planning; determination of the proper organizational business structure; asset protection and structuring loan packages for presentation to financial institutions. He is experienced in providing litigation support services to dentists with Valuation and Expert Witness testimony in matrimonial and partnership dispute cases. He is also a financial writer for several dental journals. You may contact him at 609-502-0691 or at Bryenb@baratzcpa.com, or through www.Bryen-BryenLLP.com.

A discussion of what is to come during Trump's presidency and how taxes will be affected.

The surprise was really for those who were laughing or crying about the entire Republican primary process and the presidential nominee of its party. Donald Trump and his platform should be congratulated on winning the election. He never changed his rhetorical approach from the first primary to the presidential debates. He argued with anyone who got in his way. He won with his approach, and it doesn’t appear that he will change it since the question is, “why should he?” What he has done got him elected. Let’s look at what that may mean to the dentist and his or her tax situation, and what the future may bring.

Related article: What dentists need to know about taxes in 2016

What will be first?

The entire Republican mantra from the passing of Obamacare has been to dismantle it, erase it, destroy it and do whatever is possible to remove it from its existence. The effect of this will change the economics of health care costs. The tax effect of that change will be seen. The tax plan of the Trump platform is kind of hazy, other than to make sure that Obamacare is over. It will be up to the Republicans to install a plan that is better than what exists. This will be a major revision, and it will be what our country voted to change. We shall see its effect and how fast it occurs.

Our next president has consistently orated how he understands and uses the tax code to get benefits to keep his taxes wherever they may be. It appears to many that he has not paid taxes in 20 years. No one knows, but it seems like that point may be true. He has stated on many occasions that he is smart, and those that pay taxes are not. He said that the regulations are there for people like him and there are many on each side of the aisle that do take advantage of what these rules allow.

Related: The dentist and Donald Trump

Trump also said that he knows how to change the rules to make them fairer to the population at large, especially those with lower and middle income levels. Some have said the changes he expects to propose to congress will assist the wealthy at the expense of the masses. The people have spoken and do not believe that, or do not care. Congress will pass laws that will let us know what Donald Trump will want for the wealthy and for the middle class, since he will be letting these representatives know what he expects of them.

Up next: Trade deals and their impact on economics.

Another issue discussed during the debates was Donald Trump's opinion that those behind the existing trade agreements are dumb, don’t know how to negotiate and have done the worst that can be done for American businesses and their employees. These agreements sound like they will be high on the list of items that will be changed or completely erased. Our international balance of payments, American jobs and the strength of our economy and tax structure will be affected by these revisions to the agreements or by their cancellation.


Donald Trump feels that this will strengthen America and that millions of new jobs will be created. He opines that by cutting taxes, people will spend more and save more. The taxes paid by those who may not have had enough taxable income to pay taxes, or who had income that was taxed at higher tax brackets will create the additional funds for our treasury because there will be many millions more paying taxes, even at the lower rates. We will see what these changes will have on our economy and tax situation.

Reaching across the aisle to change the tax code

Since the Republicans control the House, Senate and the executive branch at this point, it does not appear that the new president will have to reach across the aisle. He has consistently voiced what he will do and he has not cozied up to the Republican leaders. They may have to agree with him, since the people voted for him and his platform. People have voiced their opinion that they want change and think that Donald Trump will get it for them. Time will tell. 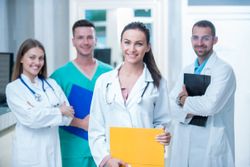