What dentists need to know about taxes in 2016

Tax extenders! They have been in the news every year since the expiration of the Bush tax cuts and various other tax and economic stimulus packages. Without the passage of tax extenders in recent years, dentists would have had higher taxes. These temporary tax provisions expired at the end of 2014 but, as expected, new tax extender legislation has been passed.

Tax extenders! They have been in the news every year since the expiration of the Bush tax cuts and various other tax and economic stimulus packages. Without the passage of tax extenders in recent years, dentists would have had higher taxes. These temporary tax provisions expired at the end of 2014 but, as expected, new tax extender legislation has been passed.

On December 18, Congress passed and the President signed into law the "Protecting Americans from Tax Hikes (PATH) Act of 2015," and the "Consolidated Appropriations Act, 2016," funding the government and providing a number of significant tax changes. The most notable aspect of this legislation is that unlike previous tax extender packages, the PATH Act makes most of the provisions permanent – and retroactive for 2015. Most notable for dentists, and their good friends who sell dental equipment and technology, are the rules for writing off those purchases.

Here are some of the highlights:

For dentists building new offices, the $200,000 phase-out limit was a significant problem. In addition, qualified leasehold improvements (see below) are eligible for the Section 179 deduction. The dollar limit was $250,000 but the PATH Act removes that ceiling starting in 2016. So, a dentist who made qualified leasehold improvements in 2015 may take a Section 179 deduction of up to $250,000. For improvements made in 2016, the limit is the same as above - $500,000.

There are a variety of factors and rules to take into account when contemplating the use of Section 179 including one’s tax situation, the amount of debt taken on to making those improvements, and, for those dentists with S. Corporations, the income and basis in the corporation.

More on Section 179: Congress passes Section 179 extension ... what that means to you and your dental practice

The Act retroactively extends and makes permanent the inclusion of qualified leasehold improvement property in the 15-year depreciation schedule. Qualified leasehold improvements are those made by or for a lessee, not an owner/user. Dentists who rent space will depreciate improvements over 15 years but those who own their space (dental condo, free-standing building, partnership interest, etc.) must still use a 39-year depreciation schedule.

Therefore, it is important for such owners to have a Cost Segregation Study performed to re-allocate improvements into shorter depreciation categories as appropriate. Also starting in 2016, The 2015 PATH Act removes language in the tax code that excludes air conditioning and heating units from being Section179 property. Previously, HVAC units were depreciated over 39 years.

The immediate expensing of new assets placed into service that have existed in a variety of forms since 2001 will end after 2019. In recent years through tax extenders, Bonus Depreciation has been 50 percent of qualified purchases. It will be 50 percent for 2015, 2016 and 2017 before going down to 40 percent in 2018 and 30 percent in 2019. To be eligible for bonus depreciation, property must be tangible depreciable property with a life of 20 years or less, computer software, or qualified leasehold improvement property. Also, the original use of the property must commence with the taxpayer meaning that used equipment doesn't qualify.

Related reading: How to time major purchases to improve your tax position

There is much more included in the new legislation. It suspends, for two years, two new taxes that were installed as part of the health care reform law: (1) the excise tax on medical devices (which was effective for sales after Dec. 31, 2012) won't apply to sales between Jan. 1, 2016, and Dec. 31, 2017; and (2) the 40 percent excise tax on high-end health insurance plans, known as the "Cadillac tax," which would have applied beginning in 2018, will instead apply for tax years beginning after 2019.

The exclusion of up to $2 million ($1 million if married filing separately) of discharged principal residence indebtedness from gross income is extended through 2016. The new law also modifies the exclusion to apply to qualified principal residence indebtedness that is discharged in 2017, if the discharge is pursuant to a binding written agreement entered into in 2016. The deduction for mortgage insurance premiums deductible as qualified residence interest is extended through 2016 as is the above-the-line deduction for qualified tuition and related expenses. The $8,000 increase in first-year depreciation cap for business automobiles is restored and extended through Dec. 31, 2019.

Like any new tax legislation, The Path Act of 2015 and the Consolidated Appropriations Act of 2016 consist of volumes of text. In addition to the good tax news for dentists outlined above there is other good news associated with these bills. First, the fact that the legislation was written, passed by both houses, and signed into the law in such a short period of time and with so little partisanship and fanfare, is encouraging from a political standpoint. Second, because so many of the tax extenders were made permanent, there is much less for politicians to argue over in the future.

Lastly, with the uncertainty about how much dentists can deduct when purchasing new equipment and technology, or building new dental offices removed, planning for those purchases and the related tax results will be much easier for dentists and their dental CPA’s. 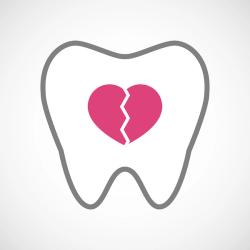 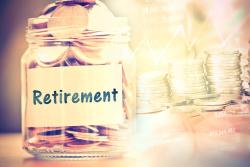 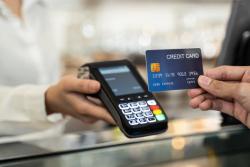