A team at the Vienna University of Technology recently set a speed record for 3D printing on a nano-scale with a new "two-photon lithography" technology that uses a focused laser to print solid objects from a liquid resin.

A team at the Vienna University of Technology recently set a speed record for 3D printing on a nano-scale with a new "two-photon lithography" technology that uses a focused laser to print solid objects from a liquid resin. The laser is guided to the precise spots to be printed via a system of mirrors and the resin used for printing only hardens when hit by the confluence of two beams from the laser, allowing printing to happen anywhere within the liquid resin, not just on the surface as is the case with other 3D printing technologies.

The precision of the laser allows printed objects to be as thin as several hundred nanometers. The speed is even more impressive with Professor Jürgen Stampfl from the school's Institute of Materials Science and Technology claiming the new 3D printer can print at 5 meters per second. Further research is planned to adapt the printer for use with biocompatible materials which could mean faster 3D printing for medical and dental uses.

This announcement is further evidence that the technology powering3D printing continues to race ahead just as the production method makes deeper inroads within the dental laboratory industry. These additive production processes can provide efficient workflows when it comes to producing models, wax patterns and even non-precious metal substructures. The promise of increasing the printing precision while decreasing the speed is certainly welcome news to those embracing the technology and a possible enticement for those still evaluating its potential.

Watch a video of the printing process here and read the full press release below:

Printing three dimensional objects with incredibly fine details is now possible using “two-photon lithography”. With this technology, tiny structures on a nanometer scale can be fabricated. Researchers at the Vienna University of Technology (TU Vienna) have now made a major breakthrough in speeding up this printing technique: The high-precision-3D-printer at TU Vienna is orders of magnitude faster than similar devices (see video). This opens up completely new areas of application, such as in medicine.

The 3D printer uses a liquid resin, which is hardened at precisely the correct spots by a focused laser beam. The focal point of the laser beam is guided through the resin by movable mirrors and leaves behind a polymerized line of solid polymer, just a few hundred nanometers wide. This high resolution enables the creation of intricately structured sculptures as tiny as a grain of sand. “Until now, this technique used to be quite slow”, says Professor Jürgen Stampfl from the Institute of Materials Science and Technology at the TU Vienna. “The printing speed used to be measured in millimeters per second – our device can do five meters in one second.” In two-photon lithography, this is a world record.

This amazing progress was made possible by combining several new ideas. “It was crucial to improve the control mechanism of the mirrors”, says Jan Torgersen (TU Vienna). The mirrors are continuously in motion during the printing process. The acceleration and deceleration-periods have to be tuned very precisely to achieve high-resolution results at a record-breaking speed.

3D-printing is not all about mechanics – chemists had a crucial role to play in this project too. “The resin contains molecules, which are activated by the laser light. They induce a chain reaction in other components of the resin, so-called monomers, and turn them into a solid”, says Jan Torgersen. These initiator molecules are only activated if they absorb two photons of the laser beam at once – and this only happens in the very center of the laser beam, where the intensity is highest. In contrast to conventional 3D-printing techniques, solid material can be created anywhere within the liquid resin rather than on top of the previously created layer only. Therefore, the working surface does not have to be specially prepared before the next layer can be produced (see Video), which saves a lot of time. A team of chemists led by Professor Robert Liska (TU Vienna) developed the suitable initiators for this special resin.

Researchers all over the world are working on 3D printers today – at universities as well as in industry. “Our competitive edge here at the Vienna University of Technology comes from the fact that we have experts from very different fields, working on different parts of the problem, at one single university”, Jürgen Stampfl emphasizes. In materials science, process engineering or the optimization of light sources, there are experts working together and coming up with mutually stimulating ideas.

Because of the dramatically increased speed, much larger objects can now be created in a given period of time. This makes two-photon-lithography an interesting technique for industry. At the TU Vienna, scientists are now developing bio-compatible resins for medical applications. They can be used to create scaffolds to which living cells can attach themselves facilitating the systematic creation of biological tissues. The 3d printer could also be used to create tailor made construction parts for biomedical technology or nanotechnology.

Phocam:
The Vienna University of Technology is part of the research project "Phocam", in which new 3D-printing-technologies are being developed in close cooperation with partners from industry:http://www.phocam.eu/ 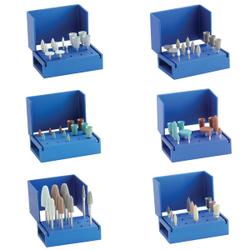