Is there a link between Alzheimer's and oral health?

The debate about potential links between Alzheimer’s disease and dental infection and treatment has been grabbing headlines recently. Now, two researchers have examined an extensive collection of research and determined a potential correlation between the disease and oral bacteria.

The debate about potential links between Alzheimer’s disease and dental infection and treatment has been grabbing headlines recently. Now, two researchers have examined an extensive collection of research and determined a potential correlation between the disease and oral bacteria.

After the recent publication of a study in the journal Nature, provocative news stories reporting links between Alzheimer’s and dental treatment began gracing the news. “The study does provide some strong evidence that precursors for beta amyloid which is found in Alzheimer's patients' brains could be transmitted via certain medical procedures,” reported the Washington Post.

The Independent’s coverage of the research was similar, stating “The “seeds” of Alzheimer’s disease may be transmitted from one person to another during certain medical procedures, scientists have found.”

Despite the sensational stories, the American Association of Endodontistsissued a press release saying there is no evidence that Alzheimer’s disease can be spread through any dental procedures, or directly from one person to another.

“There is no evidence that root canal treatment poses a risk of developing Alzheimer's disease," said AAE President Dr. Terryl A. Propper, a private practicing endodontist in Nashville, Tenn. "There are procedures in place to minimize infection risk from endodontic instruments such as files and reamers. Many endodontists employ single-use instruments and, if not, instruments are thoroughly sterilized prior to each use."

The study makes no mention of dental procedures as a risk factor, and the study author, Professor John Collinge, said; "Our current data has no bearing on dental surgery and certainly does not argue that dentistry poses a risk of Alzheimer's disease."

"There is nothing definitive in this study," said Dr. Propper. "Questions remain and the study authors acknowledge that more research is needed."

However, a recent review of more than 200 articles examining the suggested link between infections of the mouth and Alzheimer’s disease (AD) came to the conclusion that oral infection may be to blame.

Two researchers - one, an original mapper of the oral microbiome; the other, a scientist who has worked considerably on the connection between oral infection and AD – have surveyed the current body of research, and point to potential oral microbial culprits.

Their review, titled Can oral infection be a risk factor for Alzheimer’s disease?, was published in the international peer reviewed Journal of Oral Microbiology. The paper addresses the “plausible aetiology of late-onset AD being an oral infection.”

Inflammation of the brain is a characteristic feature of AD; in recent years, scientists have been searching for potential root causes – many zeroing in on “peripheral infections”, such as those that originate in the oral cavity.

Researchers have well established that many bacteria in the mouth, particularly in people with gum disease, find their way into the host bloodstream; if they pass the blood brain barrier – and any number of them, claims University of Oslo Professor Ingar Olsen, could be implicated in the Alzheimer’s enigma.

In poring over the research for the review, Olsen – who has spent decades identifying the hundreds of bacteria species that comprise the oral microbiome – was struck by one particular observation. “I was amazed that so much of the research to date has been focused on a couple of groups of bacteria – namely spirochetes and Porphyromonas gingivalis,” said Olsen, “when there are well over 900 different bacteria in the oral cavity.

“I thought - this can’t be the entire story!”

“Even oral Candida and herpes virus could possibly cause the inflammation in the brain that we see in Alzheimer’s patients,” said Olsen.

Candida, a typically harmless fungus found in the mouths of half the world’s human population, can become treacherous and lead to infection if it enters the bloodstream. And herpes simplex virus is present in more than 70 percent of the population after 50 years of age. It persists latently in the peripheral nervous system and is periodically reactivated in the brain.

Of Candida, study authors Olsen and Dr. Sim K. Singhrao, a senior research fellow at University of Central Lancashire’s Oral & Dental Sciences Research Group, UK, wrote in the paper: “With a growing population of elderly, severe systemic fungal infections have increased dramatically in this age group during the last 30 years. … Fungal molecules including proteins and polysaccharides were detected in peripheral blood serum, and fungal proteins and DNA were demonstrated by PCR in brain tissue of AD patients.”

The study of the compiled research did not weigh in on whether or not Alzheimer's could potentially be passed from person to person through dental treatment.

This article was compiled by Laura Dorr from materials provided by Co-Action Publishing and the American Association of Endodontists. Materials have been edited for content and length. 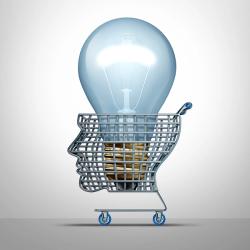 Don’t Let Holiday Spending Put You In a Deep Hole 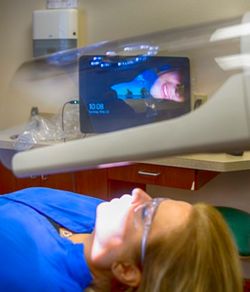