The great thing about being an American is that you don’t have to live or work anywhere you don’t want to. If you decide that you don’t like where you are, you can pack of your family and move somewhere new. But what would cause somebody to want to relocate? Maybe he or she isn’t thrilled with their job. Maybe the economy where they’re living isn’t so great. Maybe someplace else is safer. We wanted to know the 10 best cities for dental hygienists in 2021 and compiled a list based on several elements.

There are a lot of factors that go into establishing which are the best—and which are the worst—communities for hygienists to live and work. Certainly, money matters. But, while dentists must have some level of compassion for their fellow man, not many are doing the work out of sheer altruism. There’s more to it than just that. When evaluating cities’ merits, we have to look at a host of factors.

We started by looking at the US Bureau of Labor Statistics data which gave us the top-earning cities in America – BLS reported data for 513 cities and areas in 2020. But, the cost of living varies depending on where in the country one lives. For instance, things like food, housing, and discretionary spending are more expensive in San Francisco, California than they are in Beckley, West Virginia. As such, we added the AdvisorSmith Cost of Living Index as a factor in the calculations.

However, there is more to life than making money (nationwide, dental hygienists earned an average of $77,090 in 2020). That’s when we started adding such factors as the overall economy, public safety, and so forth. Our complete list of metrics is:

Included, where available, is information about the total number in that profession for the community. Nationwide, there were a total of95,920 dentists in 2020.

In addition to BLS, we refined our rankings from personal finance website Wallethub.com, U.S. News & World Reports’ Healthiest Communities study, and data from centers For Disease Control for longest life expectancy, by state.

Rounding out the top 10 places for hygienists in 2021 is the Bridgeport-Stamford-Norwalk, Connecticut area. The 820 the hygienists who live in work in this area earn the 43rd highest wage in the nation. But, with a COLI of 119.2, they have to work to make that money last. Like so many other areas, they have good rankings for location quotient, education, life expectancy, and oral health (which is a testament to their professionalism). However, the area’s COLI and high-stress levels push it to the worst of the best.

Like the other California cities on our list, the Los Angeles-Long Beach-Anaheim, California Area has a very high cost of living – it costs almost 1 1/2 times more than the national average. Like their colleagues in San Francisco, the 4,710 hygienists who live in work in this area have good scores for location quotient, economy, public safety, and life expectancy. But, their stress levels and cost-of-living conspire to keep them toward the bottom of the list.

The 2,800 dental hygienists who live and work in theSan Francisco-Oakland-Hayward, California earn a good wage, but their COLI ranking is 236th in the nation—and the highest on this list. That, alone, offsets a lot of other really good scores, including location quotient, good community health, and a great life expectancy.

The 100 dental hygienists who live in work in Iowa City rank 171 in earnings, and they get high scores for location quotient, community health, education, and stress. Their COLI ranking is a little less than the national average, which means it isn’t too expensive to live and work in the area. Public safety is the biggest factor in their number seven placement in the top 10.

Interestingly,Hartford-West Hartford-East Hartford, Connecticut doesn’t rank more highly on our list. It has high location quotient, education, life expectancy, and oral health scores. One of the things that a high oral health score tells us is that the 1,100 hygienists who work in this area are doing a great job caring for and educating their patients. However, reasonably low scores in public safety and economy pushes them further down the top 10 list. Their national COLI ranking is 169, which means it costs a little more than average to live there.

We aren’t sure how many hygienists live and work in the North Valley-Northern Mountains region of California (which includes Lassen, Colusa, and Nevada counties). But, by virtue of the fact that it is located in California, there are a few factors that explain why it is on our list and why it has the rank that it has. The state’s life expectancy is very good – they check-in in the number 2 position. Most of their other rankings are middle-of-the-pack. These hygienists enjoy the 26th highest salary in the nation, but their COLI rank is well above average, meaning their dollar doesn’t go as far in this area as others.

130 dental hygienists live and work in the Trenton, New Jersey area. Their earnings are ranked number 73 in the country. They have a fairly low location quotient, but their COLI is slightly above average (but not anything close to the number three entry). Life expectancy is reasonably high and stress is reasonably low. Overall, the combination of middle-of-the-pack rankings helps explain their number four position.

It should come as no surprise as to why the 1,310 dental hygienists who live in work in the San Jose-Sunnyvale-Santa Clara, California region are attracted to that area – they earn the most of anyone on our list (an average of $120,340 per year). Interestingly, there isn’t an over abundance of competition for jobs, which gives them a fairly low location quotient. But, more than likely, what keeps them from the top spot is a high COLI rank (it is one of the most expensive places to live in the country). And while these hygienists earn more than anyone else on our list, they don’t get as much bang for their buck.

Like their cohorts in the number 1 spot, the 80 dental hygienists who live in work in Sioux City, Iowa earn much less than the top earners in the country, but their low cost-of-living index means they can stretch a buck. Their location quotient is also very low, which means there isn’t much competition for those jobs. Stress is also very low for the area, which can lead to a much more attractive environment.

The 140 dental hygienists who live in work in the northern New Mexico nonmetropolitan area (which includes Ciobla, Rio Arriba, and Los Alamos counties) lead our list. While the location’s average annual wage come send the 123rd position in the country, such factors as location quotient, community health, and public safety help push it to the number one spot. They also enjoy a less-than-average cost-of-living index, so those hygienists and their families can do more with their money.

With any top 10 list, there is a natural inclination to say, “Well, if those are the best places to live and work, then which of the worst?” Let’s jump past 500 or so other cities and get to the bottom five cities.

The 30 dental hygienists who live in work in the Lower Savannah, South Carolina nonmetropolitan area (which includes Newberry, Allendale, and Bamberg counties) don’t earn the least of anyone in the nation. They also have a decent COLI rank and their oral health score is pretty good. However, what puts them in the bottom position are poor community health, education, economy, public safety, and life expectancy scores.

It costs less to live in the southern West Virginia nonmetropolitan area (which includes Greenbrier, McDowell, and Pocahontas counties) than anywhere in the country – about 20 percent less than average, which is advantageous because the 90 dental hygienists who live and work in this area earn an average of just $48,760 a year, the 463rd ranked salary in the nation. However, like their colleagues in Charleston, their number 50 ranking for oral health means that the area’s population is getting the worst care and education in the nation. Low scores for community health, education, economy, public safety, and stress explain its low ranking, overall.

Regrettably, the number three and number four entries on this list (both in West Virginia) share the dubious honor of being number 50 for oral health. That means that patients in this area aren’t getting the best care and education in the nation. The 210 dental hygienists who live in work in this area earn the 393rd ranked salary in the nation, and their COLI is 11th in the nation – which is pretty good. But, community health, education, economy, public safety, and stress push them low on the list.

The 530 dental hygienists who live and work in the Little Rock-North Little Rock-Conway Area earn about $53,830 a year. Their COLI it is relatively low—it doesn’t cost very much to live in work in that area. However, community health, education, economy, and public safety are pretty low on the list. Maybe the most unfortunate score is the state’s oral health ranking—they come in 49th place. But, out of 50 states, 49th is not the worst...

We don’t know exactly how many hygienists live and work in the Morristown area, but there are a number of factors that push them into the bottom five. Community health, education, economy, and public safety are very low, but their COLI ranking is well below average, so they can do more with their 458th ranked salary. 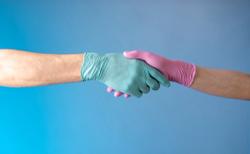 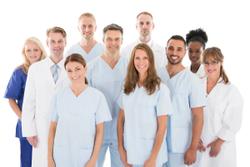