Survey says: How dental assistants really feel about their dentists

The answers from dental assistants were anonymous and honest. They were also very telling about what some of the biggest problems dental practices are facing internally on a daily basis.

We recently asked dental assistants from around the country one simple question … “How would you rate your dentist?” We asked them for their honest opinions … and they certainly gave them to us.

In all, 211 assistants responded to Modern Dental Assistant’s question. We asked them to rate their dentist on a scale of 1 to 5, with 1 being “very poor” and 5 being “Excellent on all fronts. No complaints.” We asked assistants about 21 different traits their dentists might or might not possess, ranging from “resistant to new technologies/techniques” to “listening skills” to “overall attitude at work every day.”

The answers were anonymous and honest. They were also very telling about what some of the biggest problems dental practices are facing internally on a daily basis.

RELATED: The top 30 pet peeves you told us about your coworkers

Click on the next page to see some of our findings, as well as some of the things that surprised us the most.

The lowest ranking based on average was…

Of the 211 assistants who answered our survey, this was the only answer that was given a cumulative score of less than 3. It was also the answer that garnered the biggest amount of “very poor” votes, with 45 in all.

Drama in the dental practice is certainly nothing new and it’s nothing that is relegated to just one part of the country. A recent course at the American Association of Dental Office Managers annual meeting on dealing with gossip and drama in the practice was so packed that extra chairs had to be brought in. Yeah, it’s that big of a problem everywhere. So much so, in fact, that we asked an author to write an article addressing how to deal with drama that you can read by clicking here.

Some of this drama can even lead to tension in the practice that boils over. One practice actually had a shouting match among its team members. Here’s what happened and how it was resolved.

So what’s the best way to deal with this? Simply put, have an open honest conversation if this is going on in your practice and put an end to it. The worst thing that can happen is for team members to be jealous of each other and for that to reflect in your patient care … or be noticed by your patients.

What was the highest ranking given to dentists by their assistants? Click on the next page.

The highest ranking based on average was…

Honestly, we were pretty happy to see this one come in on top. After all, if an assistant doesn’t have faith in his or her dentist’s ability to dentistry, that’s a big problem. We do wonder what’s going on with the seven dental assistants who rated this as a 1 or “very poor.” Maybe it would be good to show the dentist a couple of these technique videos that could help…

Right behind “level of clinical skills” came “attire” at 4.09. We like the fact that you think your dentist is dressed for success whenever he or she comes into the practice (and so would our friend and dental fashion expert Janice Hurley).

A good image portrayed by not only your dentist but also the entire team and practice itself is vital. After all, as the saying goes, you only get one chance to make a first impression (as this article says) and sloppy looks (for the team or the office) can turn away a new patient in a heartbeat.

What was the answer that surprised us the most? Click on the next page to find out.

The most surprising ranking based on average was…

Of the 21 traits in our survey, this one finished in the bottom five. In a business like dentistry that is so tied to the building and keeping of relationships, we were stunned to see that 118 of the 211 assistants gave their dentist a 3 or less on his or her ability to listen, not only to patients but to team members as well.

If someone doesn’t think you’re paying attention to them, that’s one of the quickest ways to have them walk away from you. If your practice is having a hard time keeping patients, maybe doing some evaluations on the ability to listen to what they’re saying would be worth the time and energy.

Luckily, we have some resources on that that you can find by clicking here. 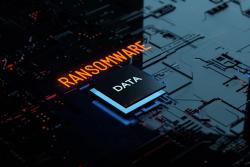 Protect Your Dental Practice from Ransomware