Stay on top of tax changes

Changes in Reporting S Corporation Earnings It may have been too good to last. Even though there were many pitfalls regarding the S corporation and how earnings were reported after the dentist’s W-2 compensation, many still used that type of business entity because of the savings in payroll taxes not charged to the dividend portion of the S corporation’s earnings that flowed through to the owners.

It may have been too good to last. Even though there were many pitfalls regarding the S corporation and how earnings were reported after the dentist’s W-2 compensation, many still used that type of business entity because of the savings in payroll taxes not charged to the dividend portion of the S corporation’s earnings that flowed through to the owners.

There were always issues regarding whether the salary reported by the dentist was able to pass the reasonableness test that IRS audits looked to, but as long as the dentist was consistent on a yearly basis, there were usually large enough Social Security and Medicare savings to justify the use of an S corporation as the business entity of choice and to report the salary that was reflected on the dentist’s W-2 and to take the chance of having it pass the “reasonableness” test.

Based on what is happening in Congress at the moment, these rules will be changing. The dentist will no longer be able to hope that the salary was reasonable and would not be increased on an IRS audit by some multiple of the dividend income that would be reclassified as compensation. The “pass through” S corporation earnings that were not subject to payroll tax charges, will probably now become subject to those taxes starting in 2011 based on what is occurring in Congress right now.

There is really little that can be done once the dentist’s practice has been classified as an S corporation. Changing the format may cause huge taxes because of the need to recognize unreported income such as accounts receivable, work in progress, goodwill and other revenue that most dentists and many of their advisors do not even comprehend. The best thing to do for the time being is to work with advisors who understand the non-recognition of income that exists in the S corporation until conversion to some other type of business entity.

Next you should work with those advisors to carefully plan how to take advantage of some of the areas that the LLP and the LLC offer and see if they can be used in some form within the S corporation format. The ability to be flexible was always a trait of the LLC or the LLP, based on the state in which the dentist practiced.

As a member of an LLC or LLP, a draw can be taken and no payroll taxes need to be paid by the entity when that event occurs.  In an S corporation, there is a danger in a draw. Ask your advisors about loans taken by officers or shareholders of an S corporation and what takes place when a “draw” is taken from it.

More accurate and detailed record keeping must be used in the S corporation to keep the corporate structure in place. It is possible to use the S corporation in similar ways as the LLC or the LLP, but excellent records need to be kept and if a draw, or loan is taken from the S corporation, it should be documented and paid back with interest. There is no necessity to do so in an LLC or an LLP. Salaries can be taken by the owner/shareholders of the S corporation on an unconventional schedule. Instead of being paid weekly, as an example, with the appropriate payroll taxes and withholding taxes charged, salaries can be paid monthly or even quarterly and the payroll taxes and withholding can be paid at the appropriate time.

Budgets can be set so that the dentist can learn to live with the nonconventional salary schedule. This would be similar to the draw taken in the LLP or LLC because the member/owner pays his or her self-employment taxes (commonly known as Social Security and Medicare to an employee) as part of the quarterly estimated tax payment that includes the federal withholding portion as well.

There are other areas of similarity that can be merged into the S corporation with the flexibility that existed only with the LLP or the LLC and not with the S corporation. Now is the time to discuss these and other areas of income flow and cash distribution well before 2011 so that there is no undue stress or additional tax liability due from the owner shareholders beginning in 2011.

Who can help most?

For the best advice, a CPA with expertise in working with the dental profession and a good understanding of the complexities of business structures should be retained. If the dentist already has advisors who fit the profile, then that should be enough to assist in keeping the dentist’s tax bill at the lowest level legally possible.

Legitimate deductions “above the line,” are still the most advantageous position to be in, no matter who the advisor. Sophisticated qualified employer retirement plans and the contributions they create are almost always a solid material approach to reducing taxable income and keeping payroll tax payments at their minimum.  Other areas of deduction which are lesser in amount than the employer qualified retirement plan contribution level, should also be reviewed with the dentist’s advisors to keep payroll taxes at their lowest level for the S corporation shareholder, especially with the projected changes in the reporting of S corporation income by its shareholders beginning in 2011.

Bruce Bryen is managing partner for Bryen & Bryen LLP, Certified Public Accountants. Based in New Jersey, Mr. Bryen specializes in deferred compensation such as retirement plans, income and estate tax planning, the determination of the proper organizational format, asset protection and structuring loan packages for presentation to financial institutions. Bruce is also experienced in providing litigation support services and has testified on numerous occasions as an expert witness. Contact him at 800-988-5674, ext. 112. 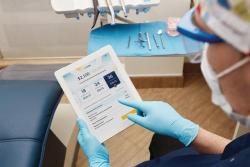 Deep Dive: Financing That’s Good for the Patient and Practice