Sirona moves up the date for next CEREC anniversary celebration

They say waiting is the hardest part, and apparently this was true for Sirona as the company announced today that rather than waiting the remaining 3.5 years for the CEREC CAD/CAM system's 30th anniversary, it would host a CEREC 27 and a Half Year Anniversary Celebration next August 16 - 18 at The Venitian in Las Vegas.

They say waiting is the hardest part, and apparently this was true for Sirona as the company announced today that rather than waiting the remaining 3.5 years for the CEREC CAD/CAM system's 30th anniversary, it would host a CEREC 27 and a Half Year Anniversary Celebration next August 16 - 18 at The Venitian in Las Vegas. The event will include CE with lectures from Drs. Gordon and Rella Christensen, Dr. Frank Spear, Imtiaz Manji and others with entertainment, networking and product exhibitions also on tap.

While the name of the event is more of a mouth full than 2010's CEREC25 event, the timing of the celebration makes plenty of sense as it will mark the 20th anniversary of Schick digital radiography, the 10th anniversary of the inLab CAD/CAM system and the 5th anniversary of the GALILEOS cone beam system. If the event is anything like C25 which drew 3,000 attendees, myself included, the CE will be backed by top notch AV presentations, the entertainment worthwhile and the entire 3-days will be worth the trip.

Read the full press release below:

CEREC® Announces Its Next Anniversary Celebration Ahead of Schedule

The CEREC 27 and a Half Year Anniversary Celebration Will Take Place August 16 – 18, 2012 at the Venetian® in Las Vegas

Charlotte, NC (December 22, 2011) – Waiting for the big 3-0 just won’t cut it! That’s why Sirona, the company that pioneered digital dentistry more than 26 years ago and the world’s leading producer of dental CAD/CAM systems, is celebrating the 27-and-a-half-year anniversary of its industry-changing CEREC dental CAD/CAM system with a three-day extravaganza at the Venetian Casino and Resort.

Commenting on the tongue-in-cheek event name, Sirona Dental Systems, LLC President Michael Augins said, “We simply can’t wait another 3-½ years to get our customers together again. We had more than 3,000 attendees at CEREC 25 and their enthusiasm for our products and the success of the program has encouraged us to do it all over again.”

Earlier this year, Sirona launched CEREC Software 4.0 which was the most advanced and comprehensive redesign in the history of the CEREC software platform. According to Augins, “We feel the need to celebrate our on-going success with our most loyal customers and friends. What’s more, an event this big needs the best possible venue, and the Venetian in Las Vegas is the ideal location to host what we believe will be the biggest and best CEREC event to date.”

For those who prefer round numbers in their company milestones, the CEREC 27 and a Half Year Anniversary Celebration will also commemorate the 20th anniversary of Schick digital radiography, the 10th anniversary of Sirona’s inLab® Dental Lab CAD/CAM System and the 5th anniversary of the GALILEOS® Digital Imaging System. In addition to CEREC, special education tracks will highlight those product lines to broaden the appeal of the event. The event, according to Augins, will be geared toward all dental and laboratory professionals and follow Sirona’s traditional and successful CE event formula, consisting of education, A-list entertainment, networking and fun.

As in the C25 event before, the CEREC 27 and a Half Year Anniversary Celebration enables participants to earn up to 18 CE credits across a comprehensive spectrum of topics and tracks, premium entertainment, and memorable parties. There will also be an exhibit hall showcasing top dental companies and their products and services.

As usual, Sirona plans to showcase a “who's who” of digital dentistry during the CEREC 27 and a Half Year Anniversary. Although final details are still in progress, the following marquee name lecturers have already agreed to participate:

“The C27 and a Half Year Celebration will be a great destination for advanced CAD/CAM and digital dentistry education provided by the best educators in our field, as well as a great open communication forum for Sirona, our colleagues, clients, associates, and other professionals who hold the same interests.” Commented Roddy MacLeod, Vice President of CAD/CAM for Sirona Dental Systems, LLC. “It will be the digital event of the year!”

Although August may seem far out on the horizon, space is limited and dental and dental lab professionals are encouraged to visit www.CEREC27andahalf.com, or call toll free 855-237-3248 for additional information as it becomes available, including special early registration tuition and lodging packages. 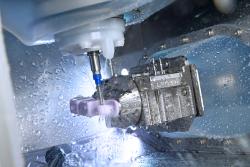 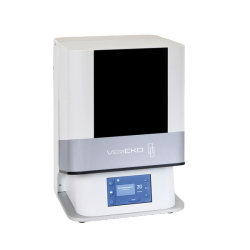