Relining: What Every Dentist Should Know

The human body is always changing. The intraoral tissue that fits up against a denture change, too. That means even the best fitting denture is likely to need some maintenance to restore the fit after some time in use to extend its longevity.

Relining serves as crucial maintenance for a denture prosthesis. When you reline a denture, you resurface the tissue side of the denture so that it fits better in the patient’s mouth.

Today we take a closer look at relines and how you can improve their outcome for your patients. We will also explore some common problems that occur with this crucial maintenance of dentures. Finally, we share some ways to set proper expectations to ensure you deliver an excellent patient experience.

What the Clinician Can Do to Improve Relining

Shirin Khoynezhad, DDS, is a prosthodontist and the Director of Second-Year Pre-Clinical Dentistry at the University of Alabama. Dr. Khoynezhad says that a soft reline handled chairside can provide temporary relief from dentures that do not fit like they once did.

“When the denture is slightly ill-fitting, I use the soft reline so that in a year or six months, we can do the hard reline of the denture,” Dr. Khoynezhad explains. “It’s intermediate treatment.”

Raymond Choi, DDS, an implant dentist and educator for Glidewell Laboratories, uses soft relines when the patient has delicate or irritable gums, and usually on the bottom denture. Often, he says the irritation occurs when the patient has lost a lot of bone, and the pressure of eating causes the tissue to react.

“A soft reline can be done chairside or through the lab, but the lab reline will last longer and be cleaner,” Dr. Choi says.

When it is time for the hard reline with the lab, it is critical to check how worn the denture is, Dr. Khoynezhad says. She recommends checking the flanges or the borders of the denture because if they are too ill-fitting, a new reline is not going to be as effective without border molding.

“You need to readopt all the borders and then do the reline impression inside the denture,” Dr. Khoynezhad says. “Usually, if the dentures are over two years old, I do the border molding.”

Dr. Khoynezhad also activates all the muscles around the mouth in function so that when the patient is using the prosthesis, the denture will be stable in their mouth. Also, when the fit of the denture is off significantly, she will use a tripod method with medium or heavy body materials to stabilize it during the border molding process.

“Next, I do border molding, and then I do a reline wash impression with the light body inside the dentures. That will give me a more stable reline,” Dr. Khoynezhad says.

“It’s going to be even pressure in the correct position for the impression. That will help me save a lot of time adjusting the denture afterward,” Dr. Khoynezhad says.

Dr. Choi does not always take a vertical dimension because he can sense when the bite is off in a denture from doing so many of them, he says. However, for dentists that work on dentures less regularly, he would also recommend taking a bite registration and vertical dimension before and after the reline impression.

Dr. Khoynezhad also sees a lot of flabby tissue underneath the dentures, especially old dentures. If she sees it, she puts a ventilation hole before taking the impression.

On the clinician side, Dr. Khoynezhad says the common problem is that the dentist does not stabilize the ill-fitting denture enough when they take the impression. As a result, when they get the prosthesis back from the lab, it needs a lot of adjustments.

“When the denture is rocking back and forth, and you just jump into impression material, you will not get the correct position of that denture,” she explains.

Another common problem Dr. Khoynezhad sees is not paying enough attention to the health of the tissue underneath the denture. If it is distorted or not healthy enough, Dr. Khoynezhad says you should not go for the reline until the tissue heals.

“If it is distorted, that means there is too much pressure on the tissue. If we jump to a reline, the new denture will continue to do whatever it was doing to the oral tissues, and it will not relieve it,” Dr. Khoynezhad says.

Dr. Choi says another challenge with relines is that if you don’t get the patient back into the original position of the denture, you can change the complete denture’s three-dimensional position. The resulting relined dentures are different than what the patient had before. Early in his career, he says this happened to him.

“I got floored once. I did my relining, and on that patient, I could see the front teeth a lot more than I used to. I had changed the position of the whole denture,” Dr. Choi remembers. “There’s no going back, by the way, once that happens. You cannot go back to where you were. Relining can be a very serious business.”

To avoid this problem, Dr. Choi recommends using the vent holes, particularly in the upper denture. The vent holes allow the material you use for the relines, whether chairside material or impression material for the lab to do the reline, to escape if needed.

“You won’t end up with lumps here or there that could change the position of the denture in three dimensions,” Dr. Choi says.

Setting Expectations about the Reline is Critical to Patient Experience

One of the most common problems with a reline is not meeting patients’ expectations for the fit afterward. Setting a proper expectation for the amount of improvement the patient can expect is a vital part of relining success. Dr. Khoynezhad tells patients that while she will do everything in her power to readopt the tissue to the base, a reline won’t be like a new denture.

“I tell them that the worn teeth on the other side won’t be replaced, so the bite may not be ideal,” Dr. Khoynezhad says. “It will fit better, for sure, but the bite will be almost the same.”

“Doing dentures successfully for a dentist is all about managing patient expectations. I don’t mean that in a manipulative sense at all. You have to let the patient know the realities of where that patient is,” Dr. Choi says.

Dr. Choi says that in the interest of making the experience more pleasant, sometimes dentists will not tell the patient the whole truth about what wearing dentures will be like. The same goes for relining. Dr. Choi says that relining a relatively new denture will benefit the patient. However, if the denture is old and worn, he would not do a reline because it will not solve the problem.

“By then, the vertical dimension has changed, the teeth have worn, and the occlusal plane has changed. So, a reline will not correct those issues,” Dr. Choi says. “A reline will only fill in those potential gaps that had occurred since the last reline or when the denture was made between the hard denture surface and the delicate gum surface.”

Instead, in those situations, particularly when the patient has lost vertical dimension, Dr. Choi would encourage patients to get a new denture. A new denture restores the esthetics of the smile and restores the temporomandibular joint and all the supporting musculature as well.

“For some patients, relines can be a quick fix,” Dr. Choi says. “But patients that are having major issues, usually a reline is not going to solve those problems.” 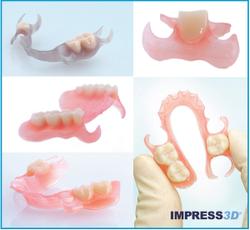 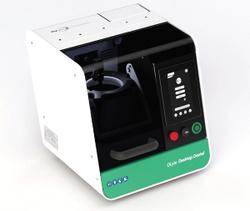