Protecting patients and staff with a high-speed evacuation system

How the Purevac HVE System is able to quickly and safely remove harmful aerosols from the operatory.

When it comes to infection control, what you can’t see can, in fact, hurt you. This is germane to everything from surface disinfection to instrument processing to aerosols. But not all disinfection is made equally. Aerosols can be a little more challenging to mitigate because they have the potential to waft around the room.

With that in mind, it’s clear just how important high-speed evacuation is, not only to improve the clinician’s view during procedures but also to stave off the propagation of harmful aerosols.

Read more: 5 surefire ways to get an OSHA inspection

The American Dental Association and Centers for Disease Control and Prevention both recommend that all blood-contaminated aerosols and splatter be minimized.

“All procedures involving blood or other potentially infectious materials shall be performed in such a manner as to minimize splashing, spraying, splattering and generation of droplets of these substances,” OSHA recommendations read.

The CDC guidelines for infection control in dental settings note that the use of high-speed evacuation systems are considered to be “appropriate work practices.”

“The Purevac HVE System puts two tools in one hand: high volume evacuation to evacuate the patient’s oral cavity of aerosols, splatter, fluid and debris and a mirror to provide visibility and illumination to the treatment area,” Vague says.

Because the instrument is such a prevalent part of the clinician’s armamentarium, ergonomics was an important part of the Purevac HVE’s design.

“Ergonomics for the operatory staff also played a factor in the development of this product. The Purevac HVE’s kink-resistant hose is 69 percent lighter and 135 percent more flexible than a standard HVE hose, making the experience for both the operatory staff and patient comfortable and efficient,” Vague says.

The best of all worlds

The Purevac HVE is able to balance three important characteristics: it’s better, safer and faster than other HVEs on the market.

“The Purevac HVE’s ability to remove 90 percent more aerosols in the operatory provides a safer environment for the patient and clinician,” Vague says. “The addition of an autoclavable mirror tip and flexible hose provides a better experience for the clinician. The ‘faster’ concept is provided by a combination of the better and safer elements - greater aerosol removal and the addition of a mirror tip means less time spent by the clinician swapping a standard HVE and a mirror in and out of their hands as well as less time spent reaching for pools of fluid and removing debris from the oral cavity.”

In terms of performance, the Purevac HVE system provides a number advantages over other systems:

Maintenance of the unit is also very simple. It’s autoclavable up to 100 cycles, and Dentsply Sirona recommends its Purevac SC Evacuation System Cleaner and VoloWipes Disinfectant Wipes for proper cleaning and disinfecting of the Purevac HVE Hose Adapter.

The Purevac HVE System was built with practitioners and their unique needs in mind.

“Developed through our Preventive Business Unit, the Purevac HVE system was conceived with preventive procedures in mind, specifically ultrasonic scaling,” Vague says. “But its ability to remove more aerosols and debris, while providing better visibility and aiding illumination, makes it ideal for procedures throughout the dental practice that generate significant liquids, aerosols and debris.” 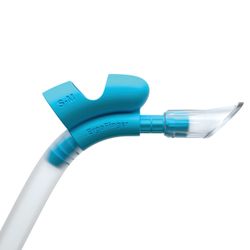 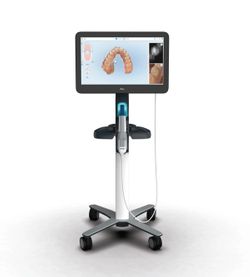