It turns out a dazzling smile affects a candidates likability, as well, according to a new survey from Delta Dental Plans Association, which shows factors such as a candidate's smile affect how much voters like them.

Other likability concerns included voice, which 36 percent of Americans said makes candidates more likable, followed by wardrobe with 6 percent and haircut with just 4 percent. Interestingly, when it comes to Millennials ages 18-24, haircut mattered 13 percent, which is nearly triple and quadruple other age groups. 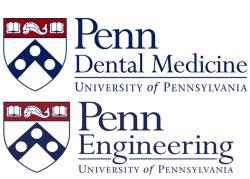