The one question dentists need to ask about DSOs

Having conversations about the future can prove beneficial.

The right question for dentists to ask about DSOs is, “What is the possibility for myself in this future?" given that DSOs will dominate the future. Questions about what works about DSOs, what doesn’t work, what’s right, what’s wrong, what’s good and what’s bad are frequent and genuine questions-but they don’t change anything. These conversations don’t produce results. Zero. Zilch. Nada.

More from the author: Why dentists are reluctant to change their minds

But in my experience, dentists would rather be right than happy. They’d rather complain, opine, explain, assess and judge rather than do something about it.  The only thing that will change the future is committed speaking leading to committed action, which few if any dentists are doing. Dentists simply are not making requests in collaboration with DSOs, or those advisers who help emerging DSOs in their development or existing DSOs in their leadership, management, culture, communication and infrastructure performance.

I am a bit tired of hearing all the complaints about DSOs, from both inside and outside DSOs. What I don’t hear are well negotiated requests made to the appropriate people to change the future.

DSOs are not going away. They are growing between 13 percent and 15 percent per year. They are well financed. They are well led and well managed. They have powerful infrastructures and very accountable people. Young dentists don’t want to own a practice. Older dentists are tired of managing and owning. In less than a decade, 50 precent of the dentists will be women. DSOs will flourish in this ecology.

Complaining about yesterday won’t make tomorrow any better. The only thing complaining does is convince people that you are not in control, that you are a victim. Those who complain the most accomplish the least. If you have time to complain about something, then you have the time to do something about it.

If the future is DSOs, and it is inevitable that it is the future, it is best to get on this train because it is leaving the station. The DSO tracks are laid for dominating the industry. They’ve got the money, the people, the processes, the infrastructures, the metrics. In essence, they have the wind at their backs and the sun on their face. 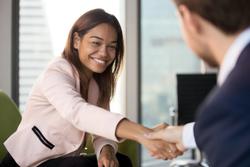