The Benchmark: One dental cement to rule them all

Could J.R.R.’s famous quote from “Lord of the Rings” also ring true for dental cements? There are about 6 to 8 different cements that we use in our office for many different applications. But could one really rule them all?

Kettenbach Dental’s Visalys CemCore is a combination of dual-cure cement and core build-up material in one. Visalys CemCore can be used with veneers, onlays/inlays, bridges, post and cores, zirconium, lithium disilicate, precious metals, and indirect core build-up. It is BPA free, radiopaque, and comes in 5 shades.

Visalys CemCore is a dual-curing, adhesive cementation and core build-up material. The unique Active-Connect-Technology (ACT) provides an optimized adhesive bond and at the same time Visalys CemCore is formulated to deliver outstanding stability thanks to the special network former, even without matrices.

As a cement, we have used Visalys CemCore in all different aspects with great success. We even used it in a hopeless case where the patient needed an implant and had broken a molar just below the porcelain-fused-to-metal (PFM) margin. We cemented the two pieces of tooth together for over 6 weeks until we eventually did an extraction and implant. Because of this, it is my favorite property and it is very easy to clean up. With a Hornbrook “Tack & Wave” technique, the material will come off as if peeling a soft orange.

When Visalys CemCore is used as a core build-up, it has excellent flow properties that make it simple to stack and cure. It also saves time because we don’t have to use matrices for the build-up, as it cuts similar to dentin. Being that it is a cement with dual-cure properties, we stack it to the desired amount and cure to the depth that we can reach with the curing light knowing we will get a complete treatment even if it is deep cavitation.

Catapult Education did an overall evaluation of Visalys CemCore. A panel of 21 evaluators highlighted the top 5 characteristics for a cement. In order of being most important were the following: ease of cement removal, physical properties (bond strength), marginal integrity, film thickness, and flowability.

After 2 weeks in temps and use of superoxol .

Overfilled with Visalys CemCore and then tacked for 2 seconds and then waved.

Immediately after removal of CemCore cement.

Visalys CemCore has a reported leading shear bond strength of 20.2 MPa as the only other cement that came close was PANAVIA from Kuraray Noritake with 19.1 MPa.

Flowability was also a point of assessment, and evaluators gave Visalys CemCore a 61.90% easy rating and 33.33% a moderate rating with 4.76% a difficult rating.

Out of all the evaluators, 95.24% would consider using Visalys CemCore in their office, and 4.76% were unsure. The only significant negative feedback regarding the material were the shades available. One of the evaluators expressed that the prime bottle and adhesive bottle are too close in color.

So in closing, can one cement, in reality, rule them all? Maybe not for everything in the office, but in my opinion, the Visalys CemCore comes very close. 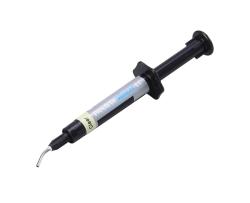 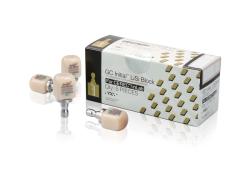 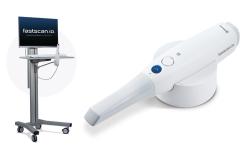