New vaccine could mean the end of periodontitis

A new study from The University of Melbourne has potentially found a cure for periodontitis.

The treatment for periodontitis has been the same for years. Scaling and root planing to remove plaque, and maybe even surgery if the problem is serious. But even with dedicated patient compliance and dental intervention, the problem can progress and teeth can be lost.

To combat this problem, a team of researchers at The University of Melbourne began looking for a more effective treatment method. Their results, as reported by Science Daily, culminated in a journal article titled “A therapeutic Porphyromonas gingivalis gingipain vaccine induces neutralising IgG1 antibodies that protect against experimental periodontitis.”

The research works off the premise that, though there are many types of bacteria present in the biofilm that causes chronic periodontitis, there are a select few responsible for the problems caused by periodontitis. This includes the bacterium P. gingivalis, which has been demonstrated to predict imminent clinical attachment loss. Additionally, the bacterium is known as a "keystone pathogen," meaning that it initiates and then progress the advancement of chronic periodontitis.

"These methods are helpful, but in many cases the bacterium re-establishes in the dental plaque causing a microbiological imbalance so the disease continues."

"Periodontitis is widespread and destructive. We hold high hopes for this vaccine to improve quality of life for millions of people."

It is hoped that the vaccine would eliminate, or at least reduce, the need for surgery and antibiotics for those suffering from periodontitis. The vaccine could potentially begin clinical trials as soon as 2018. 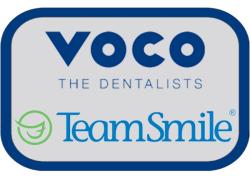