A new study from the University of Bristol claims to have found the mechanism by which a certain oral bacterium clings to heart tissues.

A new study has found out how an oral bacterium, Streptococcus gordonii, is able to attach itself to human tissues.

The bacterium can cause infective endocarditis, a type of cardiovascular disease in which bacteria cause blood clots to form on heart valves. The disease is fatal if left untreated, but even with treatment, the mortality rates are still up to 30 percent. The study is featured as one of the “Editors’ Picks” in the current issue Journal of Biological Chemistry.

As reported by the University of Bristol, a team from that same university in conjunction with Professor Rich Lamont at the University of Louisville, found that the bacterium creates a molecular “lasso” to pull itself toward human tissue.

The lassoing process is known as the “catch,” and is accomplished by one end of a protein, CshA, produced by the bacterium. On the other end of that protein is a mechanism for the “clamp,” which allows the protein to attach itself to the heart tissues. Researchers believe that these “catch” and “clamp” actions are responsible for the first part of the disease, meaning that if they could be stopped, it would severely limit the bacterium’s ability to cause infection.

Co-researcher Dr. Paul Race from Bristol’s School of Biochemistry and the BrisSynBio Research Centre, says: “What is particularly exciting about this work is that it opens up new possibilities for designing molecules that inhibit either the ‘catch’ or the ‘clamp’ steps in this process, or potentially both. The latter possibility is particularly intriguing, as bacteria are generally less likely to become resistant to agents that target multiple steps in an infective process.”

Dr. Angela Nobbs, from the School of Oral and Dental Sciences, who co-led the study with Dr. Race, adds: “With the molecular level insight that our study provides, it is now a realistic possibility that we can begin to develop anti-adhesive agents that target disease-causing Streptococcus and related bacteria.”

Hopefully this research will lead to a better understanding of the methods of bacterial infection and even preventative treatment. But for now, workers in the dental profession use this as an example of why proper and effective oral cleaning is vital. 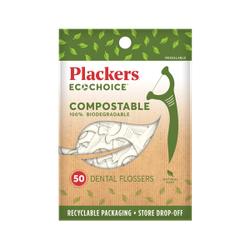