An inside look at The TORNADO Handpiece from Bien-Air Dental

Inside Look - The TORNADO Handpiece from Bien-Air Dental DPR takes a close look at how the TORNADO air-driven handpiece came about, and what makes this a special handpiece.

As the Western Regional Sales Manager for Bien-Air Dental, Daniel Call spends a lot of time talking with dentists about their handpieces and what improvements they’d like to see. During those conversations over the years, dentists almost always told him the same thing: they wanted a handpiece that combined the comfort and familiarity of an air-driven with the power of an electric.

That’s exactly what Bien-Air gave them in early 2015 with the launch of the TORNADO air-driven handpiece. The lightweight, quiet handpiece offers 30 Watts of torque along with vibration-free, durable operation.

I work in the field with dentists so it’s my job to communicate what’s needed clinically to our engineers,” Call said. “When I gave the criteria to the engineers, I told them I wanted a small head, the highest torque ever produced in an air-driven handpiece, low vibration and durability. Our engineers met all that criteria and even surpassed my expectations.”
Here’s a look at the process behind the TORNADO’s development and why you might want to give it a try in your practice.

From the beginning, the team at Bien-Air knew developing the TORNADO would be a challenge. This wasn’t just making a small improvement to the design or increasing power by 10 percent; this was a complete overhaul.

“When we designed the bearings and rotors to produce the power we wanted, we had to redesign everything else,” Call said. “There were no components or existing products engineered to withstand the forces this product produces. This was a ground up design. That’s always a challenge and a big risk. It’s not more of the same old same old. This is something completely new and different.”

The development process took two years--a small improvement would typically only take two or three months--and involved a software program developed by NASA and what Call describes as a “super computer.” The software allowed the team to produce a simulation of the product and analyze its performance. The software engineers produced the simulation and the mechanical engineers executed it into a physical design.

“Previous engineering and development was done by trial and error,” Call said. “This software made it possible to completely simulate the air as it traveled through the rotors of the handpiece. We were able to examine the performance of different designs that could produce the torque output we desired. That wouldn’t be possible without this sophisticated software.”

The key to developing the TORNADO came down to the dynamic relationship between the handpiece’s torque and noise output, Call said. While increasing power and reducing sound at the same time was a challenge, it was also an important part of developing a successful product. If the handpiece is too noisy, it can cause hearing damage in the dentists using it, not to mention make patients uncomfortable while in the chair. Custom-designed ceramic ball bearings made it possible to lower operation noise to 55 decibels.

“With the software we could analyze down to a molecule of air and that enabled us to produce a model that gave us information on how to increase the power and reduce the noise,” Call said. “The simulation enabled us to learn beyond what our sensory perceptions could tell us. It’s the first time that software has been used to create an air-driven handpiece and the first time the technology has been applied to a product in all of dentistry.”

Bien-Air has been in the dental industry since 1959, and the TORNADO is a result of more than half a century of working in the field, Call said. The development team, based in Switzerland, was able to create a high-torque, vibration-free, quiet air-driven handpiece--and that brings plenty of benefits to both the dentist and the patient.

For dentists, they finally have a lightweight handpiece that’s both comfortable

to use and that features the power they want, Call said. The handpiece offers stable, durable technology they can trust. For the patient, the TORNADO enhances the overall experience. A powerful, vibration-free handpiece increases the success rate of restorative dentistry while also decreasing sensitivity. So patients have a better experience while in the chair and go home with a better restoration.

Since it was released in early 2015, the TORNADO, which also has a three year warranty and features a bright LED light, has become very popular with the clinicians who’ve used it, Call said. Bien-Air offers a free trial, giving dentists the opportunity to test out the handpiece in their practice before they commit to making the investment. So far, more than 90 percent have purchased the handpiece, and the team in Switzerland has had to produce three times more handpieces than originally forecasted. Call expects sales to continue to grow as more dentists realize the benefits of an air-drive handpiece that offers the power of an electric.

“There are a lot of clinicians who tried an electric in the past and just didn’t like how it felt. They just thought it was too different,” he said. “Those same clinicians who have tried this product are very satisfied. There’s a very large demand and dentists love it.”

The masterful engineering of the rotor’s micron-precise shape and configuration, coupled with optimal air pressure distribution and exhaust flow, warrant the TORNADO an unrivaled 30-watt power output. To contribute to an impeccable user experience, the turbine’s head is ergonomically compact and the sound level competitively low. This technology is complemented with specially-designed ceramic ball bearings capable of handling the highest speed and heaviest loads, guaranteeing optimal durability and resilience.

Want to try the TORNADO for free? Visit bienair-tornado.com to have the handpiece shipped to you for a free trial. 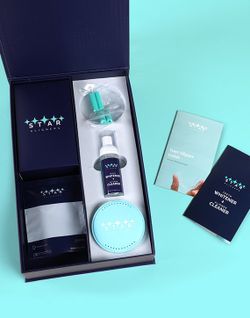