Illinois Man Gets $675,000 After Swallowing Dental File During Root Canal

A Chicago area man spent more than a month in the hospital after a dentist allegedly dropped a dental file down his throat. Now the man is receiving more than half-million dollars.

An Illinois man received a $675,000 settlement this week after his dentist allegedly dropped a dental file down

throat during a root canal

that the dentist seemed to be looking for something after the procedure, but the dentist downplayed the situation and

never followed up with the patient.

“She told me when she found it she will be calling me,”

said he began to feel

pain in his abdomen. An X-ray revealed the presence of the file, and

filed a lawsuit, and this week his legal team announced a

settlement with the dentist

Journal of the American Dental Association

of 78 swallowed object cases in Austria found 86% of the objects passed through the gastrointestinal tract spontaneously without complication. Eleven percent were removed with endoscopy, and 3% required surgery.

has not commented publicly on the settlement. A search of Illinois professional licensure database

shows no record of disciplinary actions against the dentist. 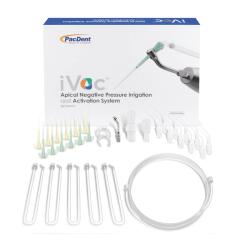