How to set boundaries in your dental practice

Are you setting expectations for your staff or being pushed around by strong personalities?

Are you the boss? Will you be a leader, set your expectations and follow through with them? You know what I’m talking about. Office drama can be eliminated, or at the very least minimized, simply by having strong leadership.

Unfortunately, some of you aren’t leading. Some of you are getting pushed around by stronger personalities. Stop being afraid of your employees who have domineering personalities. They’re destroying your practice. When are you going to do something about it? How many employees have to quit before you lift up your head and see where the problem is coming from?

Let’s get specific. I worked in an office where the staff learned that my position was going to be eliminated before I was informed. Apparently, the boss was on a smoke break and the smokers overheard him talking to the office manager about my situation. (Note to self: Maybe I should take up smoking, or at least ingest some second-hand smoke, to find out what’s going on in my office.)

More from the author: 10 behaviors that need to change in your dental office

I can’t believe this boss fed the gossip machine. Do you know what it’s like to hear rumors that you’re out of a job? People avoided me. They looked like someone died when I walked into the room. It took two days for my boss to be a boss and let me know what was going on. And get this, the office manager decided to quit in order to protect me. I got her job instead of unemployment. I don’t expect that will happen often in the real world, but it was a shocker. (Now you know why she is my most favorite supervisor!) Colleagues who felt bad that I was leaving now did an about-face and were happy I got to stay. The boss should have never discussed this on a cigarette break. It doesn’t do much for staff morale.

Here's another example. One of my colleagues constantly met behind closed doors with the dentist to “consult” on cases. None of us ever did that with him, so we were a bit suspicious when it kept happening. None of us was surprised when both of their marriages ended shortly thereafter, and they eventually married each other. I could care less who was sleeping with whom; what I cared about was whether or not the work was getting done in the office. We take care of people. Getting patients in and out and back to work on time is our goal. But there were delays because of the closed door, and no one wanted to “interrupt” that situation. Why the doctor didn’t think it would impact morale in the office is beyond me. My guess is he didn’t care, but it caused irreparable damage. No one wants to think that someone is the favorite in a practice, and yet it happens.

One last example. A colleague was verbally abusive to another employee and got away with it. He could do whatever he wanted without repercussions. We banded together to have this addressed. (Who wants to get involved in a situation like that? It was a tough sell to get my colleagues to stand up with me.) He was big and loud and had a temper that was frightening, but he was protected. I don’t know if it was because he was a man and the dentist liked having the diversity in the office, but being afraid of your co-worker in this day and age is quite problematic.

What about privacy? The truth is this: You have no privacy in a place of employment. The boss is able to read your emails that come through on your computer, which he or she owns. I had a co-worker who sat on Facebook every day, all day long. I don’t know how she got her work done. One employee was job seeking on that computer. (Remember, you don’t own that computer, so don’t do anything that you don’t want your boss to be aware of on the company computer!) Do it on your phone as long as you own it and no one else does. And guess what? Deleting doesn’t really delete. (Just watch any police show on TV and you’ll see that mistake made over and over again.) Be smart. If you’re looking for work somewhere else, do it on your own time. That doesn’t mean do it on the office computer when you’re on your lunch hour. I watched a secretary be escorted out the door for “abusing company equipment.” That is what they called it.

Trending article: Is there a bidirectional link between periodontitis and diabetes?

These are examples of situations that can happen, so what are bosses to do?

The real question is, what are you saying about your employees? Dentists, I would love to hear your side of the story. If you have issues that you would like to see get addressed, please send them to diana2@discussdirectives.com. 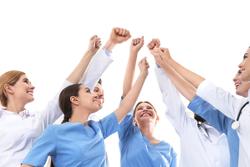 The Right Company Culture for Your Practice