How to grow your practice with laser technology

When Dr. Michael T. Kelly first heard about a newer laser technology that targeted hard tissue, he knew had to give it a try. Once he got his hands on the Solea laser from Convergent Dental, he was convinced the technology was indeed great for cutting hard tissue. What he learned soon thereafter really had him hooked ­- that this CO2 laser system also was perfect for his soft tissue procedures.

When Dr. Michael T. Kelly first heard about a newer laser technology that targeted hard tissue, he knew had to give it a try.

Once he got his hands on the Solea laser from Convergent Dental, he was convinced the technology was indeed great for cutting hard tissue. What he learned soon thereafter really had him hooked - that this CO2 laser system also was perfect for his soft tissue procedures.

“Because I was in the circle of people who were using lasers and using very heavily, I had a friend, a sales rep for another company, and he asked if I had heard about this product. He knew I’d be interested,” Dr. Kelly says when talking about how he first learned of the Solea laser.

So he checked out the Convergent Dental website to investigate a little and became very excited. What he read gave him hope that the technology would allow him to do more than he currently was capable of doing with his existing diode laser.

“I had heard someone was working on this…and one of the limitations of my soft tissue laser was that I could only do soft tissue with it,” says Dr. Kelly. “The idea of a true laser that would actually target hard tissue was exciting. Because up until this laser came out, there were hard tissue lasers on the market other than this, but they all target water. The problem with that is water is only like four percent of tooth so they’re slow and loud and because of the way they work we see more patient sensitivity. This is the first laser that actually targets the tissue that we cut on a daily basis.”

It was two years ago in April that Dr. Kelly first saw the laser in action.

“I went to go see it and saw it cut for the first time on hard tissue and I was sold,” he explains. “I thought, this is going to change dentistry.”

With the hard tissue results, Dr. Kelly knew Solea was a good fit for his Scottsdale, Ariz., practice. But once he used it on soft tissue, that sealed the deal.

“This isn’t something that you leave down the hall and your team gets to occasionally for limited procedures. I’m using this laser on almost every single patient all day long.”

Continue to page two to see why technology is critical...

All dental practices today focus on ways to deliver better care to their patients as well as to work more efficiently. Dr. Kelly says using Solea provides these benefits and more.

Implementing this laser has energized him and it also benefits his patients.

“To some extent, you do the same thing for 23 years as a dentist, or in my case it had been for 21 years before I got this laser,” he explains. “So for 21 years I have heard patients say, ‘Oh my gosh, if somebody could just invent a drill that doesn’t make that sound. Or why can’t they figure out a way where I don’t have to get a shot? How come the procedure takes 10 minutes but I have to be numb for two hours afterward?’ ”

Dr. Kelly says those are the types of things that patients hate. But now, with this latest technology in lasers, many of those concerns can be addressed.

“All of a sudden I have an instrument where I can sit down, I can do better clinical dentistry because I can see better and be more precise, and I can take away the sound of the drill,” he says with excitement in his voice. “I can take away the vibration of the drill, and 98 percent of the time I can do it without any anesthesia at all and my patients are comfortable.”

Continue to page three to read more about the impact Solea has made...

Dr. Kelly loves using his laser. Patients and staff members have the same feelings as well.

“So all of a sudden it’s a game changer,” he says. “Their slogan is ‘Changing what it means to go to the dentist’ and I have truly seen that. And what that means to our practice is there’s a fun element of that too. It’s one of the things that make our lives and jobs more fun. After two years there’s still a buzz in our practice about how this is awesome.”

While the initial investment may initially scare off some dentists, Dr. Kelly says the technology quickly paid for itself in his practice. He’s doing more procedures and attracting more new patients because of his use of the Solea laser.

“It has led to over doubling our new patient volume,” he says. “Before we bought the laser we were seeing on average 15 new patients a month. Now we’re averaging between 35 and 45 a month. The vast majority has come directly as a result of the laser.”

He says patients “all stressed out about their past experiences” now get out of the dental chair and give him a hug. “You have to see that reaction to really understand what it’s like. That’s why it’s so infectious on the team.”

Now the team at Dr. Kelly’s practice makes it a point to point out to patients the many benefits of the laser.

“What I’ve started to do is remind the patients. Do you understand what we just did?” he says. “Do you understand I just worked on five teeth and it’s something that before you wanted nitrous oxide for and you were stressed, and now I just worked on five teeth without hardly any drilling and no need for anesthesia. In 30 minutes you’re done and you can leave without any precautions. You can walk out and go have lunch, go back to work normally…it’s really that type of excitement.”

“It results in patients that are happier and they’re going to stay in your practice. They’re also going to go and tell their co-workers and go home to tell families what they had done,” Dr. Kelly says. “One of the things that scares people off is the price of the laser. They think can do the same thing with a drill. Well you can’t.

“My laser paid for itself in 11 months…our biggest learning curve was learning what to do with the extra time that we had, and because of the cleanliness of the soft tissue it opens up a whole new world of doing more procedures that you normally would have referred out. So now I’m doing a larger range of procedures than I would have before. Again, that’s a bottom line increase.” 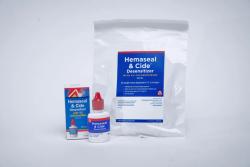 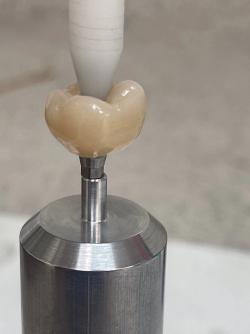