How to gain an inside view of caries using detection technology

A look at how the DEXIS CariVu works to detect caries without emitting ionizing radiation.

Technology continues to improve the way clinicians diagnose dental conditions and educate patients. The DEXIS™ CariVu™ caries detection device uses near-infrared transillumination technology in a highly visual way. The images produced appear very similar to X-rays except with an added benefit-CariVu does not emit any ionizing radiation. In the resulting images, enamel appears transparent and carious lesions as dark areas. This technology can help identify occlusal, interproximal and recurrent carious lesions and cracks.

Although it does not completely take the place of radiography in the dental practice, caries detection technology is an effective way to add an additional level of diagnostics to the comprehensive imaging process.

CariVu helps to detect decay at an earlier stage before it becomes really serious. This is especially helpful to illustrate for patients my suspicion of early caries. The images are easy for patients to understand because they can actually see the carious dark spot I point out, even in cases when it is still too small to be seen on an X-ray.

The handpiece tip has two soft flanges with NIR lights and a camera for capturing images (Fig. 1). Simply place the tip over the occlusal surface so that the flanges hug the buccal and lingual/palatal aspects of the teeth (Fig. 2) to view live video of teeth (Fig. 3). I can capture an image in one second with a squeeze on the wand. I can also capture short video clips using a “rocking” technique that actually creates a 5-second video of the tooth seen at varying directions instead of just a static image.

This technique gives even more information on the exact location, size and shape of the carious lesion. While it may be obvious to me that there is a caries issue in a certain spot, patients really appreciate these visuals when faced with treatment.

A recent example shows how a CariVu image can provide peace of mind to even the most doubting people. A patient arrived at my office with the problem of sensitivity on chewing. He told me that he did not think that the tooth was cracked. As a science education teacher at a local college, he felt confident in his self-diagnosis, and narrowed his problem down to one of two teeth. CariVu images showed him that in actuality, both teeth had cracks. The first CariVu image shows a crack on the mesial of tooth #3 (Fig. 4), and the second image shows cracks on the distal of tooth #3 and on the mesial of tooth #2 (Fig. 5). Of note is the dark area around the crack on #2 that represents the spreading caries that originate from the fracture. When faced with the evidence on the CariVu images, this skeptical science person now understood where his sensitivity was originating from, and he was eager to make the appointment for the appropriate repairs to those teeth.

I use CariVu most often to check for interproximal decay that is minimally visible on an X-ray or sometimes not even visible at all. It can help to identify the shape and size of decay in all of its various forms:

• Dentin caries due to an established enamel caries lesion with extended involvement of the DEJ (Fig. 10)
• Established dentin caries (Fig. 11)

Identifying decay, especially the interproximal type, can be challenging. It is not enough just to be aware of a cavity between teeth; with a CariVu image, I can see if the cavity is more toward the buccal or lingual. This helps me to plan my approach to restorative treatment. For an even more distinctive image, I turn on the Spotlight tool in DEXIS™ Imaging Suite software, which enhances the contrast between affected and unaffected tooth structure even more (Fig. 12). With the CariVu image as my guide, I can be minimally invasive thereby removing the least amount of tooth structure possible.

An example of this is the case involving tooth #13, which has two lesions on the mesial. As the CariVu images show, the deeper, more invasive one is toward the buccal and is an established enamel caries lesion that reached the DEJ at a single point. The second one is more to the lingual and is an established enamel caries lesion (Fig. 13). The bitewing X-ray shows a lesion that is apparently of iatrogenic origin (Fig. 14). It did not appear to be near the DEJ. I had not treated this area and continued to observe it since the patient came to me in 2012. With CariVu, I was able to more clearly see the depth of the lesions and decided to restore it. Interestingly, the photo of the open-tooth molar shows that the lesion on the mesial is deepest at the lingual portion of the box (Fig. 15).

When using the “occlusal view,” I can actually see the transition from enamel to dentin and where the caries appears to that point. Often, this can be easily missed on a bitewing X-ray, but with a view looking straight down at the tooth, the broader area provides an easier and more evident diagnosis in which I can have confidence.
CariVu images serve as my second opinion. In my personal experience, I have never had a false positive indication for decay with this unit. This device has an impressive 99 percent accuracy rate. Sometimes I have worked on a tooth with a cavity that is so small I wonder if I am really in the right tooth-and then, there it is!

Another recent patient gave me an opportunity to use the CariVu in a new and innovative way. The patient complained that food was getting trapped under her new crown. While the contact looked acceptable on an X-ray (Fig. 16) and visually, because of the way it shows the shape and size of a tooth so well, the CariVu image showed the contact between two crowned teeth (which show as dark on a CariVu image) was just at one point instead of the necessary broad and flush contact (Fig. 17) that would prevent the food from being trapped under the gold and porcelain-fused-to-metal crowns. Flossing indicated resistance only on a small portion of the tooth. It was a great application of this technology for patient education so she could immediately understand her problem. We sent the CariVu images as additional documentation for predetermination to the insurance company to see if a new crown can be covered.

Having a caries detection device gives me the opportunity to catch caries more quickly and to provide minimally invasive treatment. While this does not take the place of X-rays, it provides a non-ionizing radiation alternative for certain patients who are reluctant to agree to radiographs for a variety of reasons. With all of the different types of caries that can affect my patients’ teeth, I am happy to be able to provide the information that can contribute to their individualized and targeted care.

Kühnisch  J. Benefits of the DIAGNOcam Procedure for the Detection and Diagnosis of Caries [study project]. Munich: Ludwig Maximilian University of Munich; 2013.

How To Treat Bruxism: This Gadget Changed Everything for Me 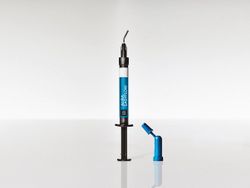 How To Use This Easy Technique For Closing Small Black Triangles 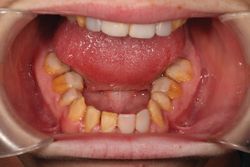