How to: Correct unplanned dental treatment

Dentists face numerous challenges associated with full-mouth extractions and arbitrary placement of dental implants. Solutions can result in less than desirable physical properties of the final restoration, and the resulting restorations may require repeated service and possibly exhibit longevity issues.

Dentists face numerous challenges associated with full-mouth extractions and arbitrary placement of dental implants. Solutions can result in less than desirable physical properties of the final restoration, and the resulting restorations may require repeated service and possibly exhibit longevity issues. Compromises often lead to disappointments, which is why planning in consultation with the dental laboratory technician is so critical to long-term treatment success.

Predictable denture setups
Ivoclar Vivadent’s BlueLine Denture Teeth and the Stratos Articulator system enable dentists and their laboratories to provide patients with predictable denture setups for try-in, and ultimately, esthetic dentures that fit and function comfortably. Combined, the two products work together systematically, with BlueLine tooth mould selection focusing on patient characteristics and the best occlusal scheme identified by the dentist; working with the Stratos Articulator is subdivided into efficient and accurate steps, with its magnetic flat table and quick set-up template creating a functional and accurate prosthesis time and again.

Case presentation
A female patient presented for an initial clinical consultation and patient interview that revealed that she was extremely dissatisfied with the discomfort, denture instability, and esthetics of her treatment dentures that were delivered at the time of extractions and implant placement (Fig. 1).

Her lips were over supported by dentures that had inappropriate tooth moulds and excessive display of gingival acrylic superior to the maxillary anterior teeth. Pretreatment photographs of the patient were requested. Evaluation of 20-year-old photographs revealed a very narrow arch form with long, narrow teeth. The patient had a highly mobile upper lip with an elevated high lip line (Fig. 2).

The implants were placed before any treatment planning was performed, and they were uncovered after final impressions in custom trays were taken. The laboratory was enlisted several months after surgery, and bite rims over stabilized base plates were fabricated. The original treatment denture was based on the compromised, terminal dentition, and the ravages of periodontal disease and tooth loss resulted in splayed, malpositioned teeth (Fig. 3).

Clinical protocol
To shape the maxillary bite rim, the 20-year-old photograph was used in the operatory. This narrowed arch form would have been difficult to identify without referencing the photograph.
The bite rims were properly contoured for tooth display, lip support, and vertical dimension (e.g., phonetics and “S” clearance). High lip line and midline were scored onto the rim.

A facebow transfer and centric relation bite record were recorded, a complete prescription was written, and all clinical records returned to the laboratory.

The patient’s face was measured, and a tentative tooth mould was selected. The patient wanted bright, white teeth, as well as a palateless denture. Measurement of restorative space from ridge crest to occlusal table of the bite rim was the first evidence that implant position would create a challenge (Fig. 4).

At the laboratory, models were mounted on a Stratos Articulator using clinically generated records. Final tooth selection was based on the old photograph and the clinical records provided. BlueLine tooth mould A25/N5 was selected as the best available choice to match the patient’s natural teeth.

A traditional full balance with the anterior teeth slightly out of contact was the occlusal scheme selected.

In the interim between maxillo-mandibular relations and try-in, the implants were uncovered and healing abutments placed. A wash of Fit Checker (GC America) fast setting silicone indicator was placed to “spot” the implant locations (Fig. 5).

The patient’s request for a palateless denture, combined with the limited restorative space, led to the decision to use metal framework reinforced dentures. It was further determined to use the lowest possible profile attachments available, because space was extremely limited for attachment placement (Fig. 6). Ivocap processing was ordered and the case was submitted for processing.
The first try-in was a success. The patient stated, “I never thought I could look normal again” (Fig. 7).

The processed dentures were provided by the laboratory, along with a Stratos Articulator and Siltech putty (Ivoclar Vivadent) models of the denture bearing areas, which were used for a clinical remount of the final prostheses. The putty model provided an accurate and resilient, retentive remount.

The dentures were tried in initially before removing the healing caps to verify there would be no interference with complete seating of the appliances during the delivery process. A mix of Fit Checker silicone indicator was placed into the denture to check for interferences (Fig. 8). The occlusion was evaluated, and clearance was confirmed.

Each Rhein 83 Equator abutment was torqued into place, and clearance for the abutments and retentive elements was confirmed by trying in pairs. Chairside pickup of the retentive elements was accomplished using Quick Up (VOCO) dual cure material, which is convenient for this procedure. The kit comes with a Fit Test material used for evaluating clearance over and around the retentive caps and which was used to evaluate each pair of abutments.

Note: It would be nearly impossible to evaluate all four upper attachments simultaneously due to possible incomplete seating of the denture base caused by premature contact of components with the denture base. The successful use of this material, plus constant evaluation of complete interdigitation of teeth, ensured that the dentures were fully seated prior to chairside attachment pickup. These steps were critical to maintain the accuracy of fit, final esthetics and function of the delivered appliances.

All retentive caps were micro-abraded with 50 micron aluminous oxide, then coated with adhesive, along with the denture acrylic “wells” into which the retentive caps were to be captured.
The retentive caps with black processing elements were then placed onto the abutments in the patient’s mouth, and a dental assistant was ready to maintain a dry field during the seating process.

The dual cure pick-up material was injected into the “wells,” with care taken not to overfill these retentive areas (Fig. 9).

The appliance was then seated into the mouth with the opposing appliance already in place, and the patient was instructed to close into complete closure. The occlusion was evaluated as a final check for full seating.

All retentive elements were picked up, and the occlusion remained consistent throughout the procedure. All black processing caps were removed and replaced with yellow retentive caps, which were extra soft and least retentive (Fig. 10).

The dentures were replaced, bite registration taken and confirmed on the articulator, and minimal occlusal adjustment was necessary.

The patient was checked for any discomfort or other comments, and given a mirror and the opportunity for final evaluation (Fig. 11).

The original intent of the restorative dentist was to use Zest Locator attachments. The ubiquitous Locator attachment is contraindicated in this case due to insufficient restorative space in which to place its retentive components. In addition, the patient had exceptional esthetic expectations exacerbated by her highly mobile lip and high smile line.

Technicians are an integral part of the implant restorative team who can provide critical information regarding tentative case design and subsequent implant placement decisions. The restorative team, comprised of the restorative doctor and his laboratory technician, are responsible for defining final treatment goals. The results of proper case planning and work-up are then communicated to the surgical team and must include precise implant locations and any required boney/soft tissue modification necessary to facilitate restorative procedures.

Laboratories are incredibly innovative. They can often engineer solutions to very challenging situations. Unfortunately these solutions can result in less than desirable physical properties of the final restoration. Resultant restorations may require repeated service and possibly exhibit longevity issues. Compromises often lead to disappointments, which is why planning is so critical to long-term treatment success. Short-term convenience should never outweigh the advantages of planned, long-term success.

The presented case was resolved using innovative laboratory concepts. Alternate retentive components and metal reinforcement of the denture acrylic  provide a strong, predictable result. Thanks to this innovative use of available materials, this challenging case was successfully resolved.

A Dental Handpiece That Switches Things Up to Reduce Aerosols 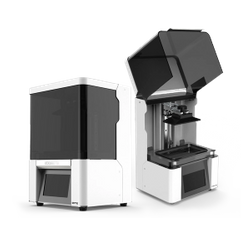 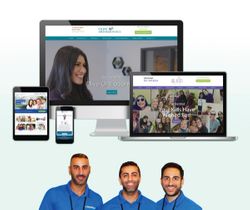