The company is opening a 2022 Disaster Relief Fund to support the events unfolding in Eastern Europe.

Henry Schein announced this week it is offering supplies and donations to the crisis in Ukraine. Stanley Bergman, chairman and CEO of the company, made the announcement on his LinkedIn page.

The company is opening a 2022 Disaster Relief Fund through the Henry Schein Cares Foundation to support the events unfolding in Eastern Europe. Henry Schein and its foundation are supporting the fund with an initial $50,000 donation and will match TSM contributions up to $25,000. Additionally, the company announced a commitment of up to $250,000 worth of products to aid humanitarian organizations.

“...the more lasting work required of people of goodwill is a re-commitment to promoting the values of a peaceful world,” Bergman wrote. “This work is never truly done, as we are now painfully reminded, but it is no less urgent if we are to avoid in this century the strife and sorrow visited upon Europe in the previous century.”

Bergman also recounted how his parents fled Nazi Germany in 1936 to escape persecution and war. “As the son of refugees, I am shocked and dismayed by the outbreak of war once again in Europe—77 years after the end of World War II.”

In addition to TSMs contributions, any individual is able to make credit card donations through the Henry Schein Cares Foundation website. 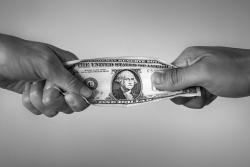 When It Comes to a Dental Divorce, Start with the Best Evaluator