All of us pay fees to our financial advisors and 401(k) plan administrators. But how much do those fees total over time? Comedian John Oliver decided to find out.

“Last Week Tonight” host John Oliver has made a name for himself with in-depth “investigative comedy” pieces built on meticulous research and sly humor. So when the show’s production company, Avalon Television, decided to set up a 401(k) plan for its employees, it was perhaps inevitable that Oliver’s research team would want to dig into the numbers.

What Oliver and his team found was a long list of fees and other surprise charges that over time would significantly cut into the employees’ retirement savings. Oliver turned the findings into a hilarious segment Sunday night that doubles as a cautionary tale for employers and employees alike.

After doing the math, Oliver’s researchers found the charges on their 401(k) totaled a combined 1.69%, plus a $24 fee per person, per year, and additional fees.

When the researchers mentioned their concerns to the plan provider, the provider defended the fees as in line with industry standards. Meanwhile, Oliver’s team sent the contract off to an outside expert, who found that it also contained an “intermediary fee” which totaled 1% the first year and 0.5% in subsequent years.

“And remember, that could add up,” Oliver said. “We did some very rough estimates, and with 35 employees contributing just $6,000 a year, after 30 years, half a percent could add up to roughly $1 million.”

The intermediary, in this case, was the broker hired by Avalon to set up the plan. The broker, it turns out, is not a fiduciary, meaning he doesn’t have to put his clients’ interest above his own; at least not at the moment. A new Department of Labor rule set to take effect next year will require financial advisors who offer advice on 401(k)s and Individual Retirement Accounts to offer recommendations based on what’s in the client’s best interest, regardless of the effect that advice will have on the advisor’s commissions or other earnings.

When Oliver and his team complained to the broker, the unnamed advisor noted that the fees would go down as the fund grew over time. He offered a spreadsheet demonstrating the fee changes over time.

“Unfortunately, in that spreadsheet he made an error which meant that our fund’s interest didn’t compound correctly,” Oliver said. “And when we pointed that out to him, he sent a second sheet, showing that his original math had been off by more than $10 million, which does not inspire confidence in the man who, as he repeatedly reminded us, was helping us navigate our very complicated plan.”

Oliver said his company would be paying the fees on behalf of employees, and would be leaving the broker and 401(k) provider. “And I’m guessing that after they’ve seen the show, they will be happy to let us go,” he quipped.

This, of course, is just one company’s experience. In their defense, the broker and the 401(k) provider told Oliver their fees were within industry standards and would come down with time. It’s also important to note that the fees, even if high, are compensating the financial advisors for services that can be quite valuable for those of us without our own research teams or financial expertise.

That said, Oliver raises an important point that many independent experts have been noting for years: many 401(k) plans come with surprisingly high fees. And since it’s the employer, not the employee, who picks the 401(k) provider, employees may not have much of a choice or say in the matter.

What does this mean for dentists? If you run your own practice, it’s probably a good idea to get an independent analysis of the fees you’re paying, and to do a bit of math to find out how much the plan will truly cost your employees over time. If you’re an employee, ask your boss if they’ve looked into the fees, and try to find out if lower-cost options are available.

As Oliver notes, “If you don’t pay close attention, all of this can really get away from you.”

The entire segment (embedded below) is funny, educational, and worth a watch. (Note, however, that this is an HBO show, so there’s a bit of foul language.) 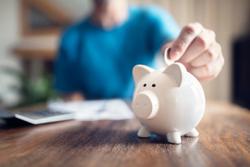 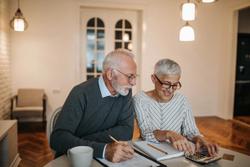