Give Kids a Smile teams up with NASCAR, 3M and Jeff Gordon

Entering its 13th year, the Give Kids a Smile program (an initiative of the American Dental Association) has brought on a new member of the team: NASCAR Sprint Cup Series winner Jeff Gordon – a champion of the race tracks and of pediatric health.

Entering its 13th year, the Give Kids a Smile program (an initiative of the American Dental Association) has brought on a new member of the team: NASCAR Sprint Cup Series winner Jeff Gordon – a champion of the race tracks and of pediatric health.

Working with 3M ESPE Dental and 3M Racing, Gordon will add pediatric dentistry to his expanding list of causes.

A media event was held earlier today to announce the latest numbers for this year’s national kickoff event, to be held at A.T. Still University in Arizona this Friday, February 6.

Media representatives looking forward to learning more about the program and its newest team member, Gordon (who recently announced that 2015 would be his last year to race competitively full time), gathered at The Muse Hotel in New York to meet the ADA President, Dr. Maxine Feinberg, and the ADA Foundation President, Dr. Reneida E. Reyes, and to learn more about the upcoming event.

From 2014: Give Kids a Smile event proves big success in St. Louis

Spirits were high as Dr. Feinberg outlined the history of National Children’s Dental Health Month, which began as a day in 1959, expanded into a week in the 1970s and is now a month during which health initiatives such as Give Kids a Smile (often referred to as GKAS) aim to improve the oral health of American children through large-scale volunteer events.

Before introducing Jeff Gordon, a supporter of children’s health and a general philanthropist in his spare time, Dr. Feinberg read a letter from President Obama congratulating the association on the consistent outreach program provided through GKAS.

“Who knew that 13 years ago, when Give Kids a Smile started, that today we’d say we’ve treated over 5 million children?” Dr. Feinberg said. With a focus on prevention and dental education, she affirmed dental practitioners and those supporting outreach programs such as GKAS, were laying the foundation for a healthier generation to come. “We continue to work to ensure that all underserved children will have a dental home. With the Affordable Care Act and our efforts to have Medicaid reformed, we think that this is close to a reality.”

From 2013: Smiles everywhere as NASCAR driver wins big for GIve Kids a Smile

Read more about the program on Page 2 ...

This comes as great news to Gordon, who explained that part of his passion for children’s oral health comes from his own childhood experience.

“It’s certainly easy for me to get behind Give Kids a Smile because of the work we do with (Jeff Gordon Children’s Foundation) and because of my own children,” Gordon said. “A lot of it for me is about the neglect I gave myself as a kid and the things I went through that I don’t want them to go through.”

Gordon had two root canals before the age of 12. He added that he and his wife are careful to encourage their children, ages 7 and 4, to take care of their teeth and get them excited about visiting the dentist regularly.

“Seeing the fun technology that is there for them to enjoy [taking care of their teeth], not just at home but at the dentist’s office, makes it easy for me to get behind [the program] and support it," he said.

As with Gordon’s childhood experience, Feinberg also developed a passion for oral health and chose a career in dentistry because of her own experience with baby bottle tooth decay as a child.

The national kickoff is February 6, and there will be smaller events around the country to follow. For more information on participating or signing up for care, visit givekidsasmile.org or ada.org. 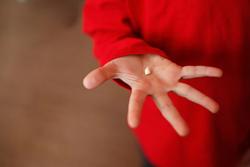 6 Dental Folklore and Traditions Around the World 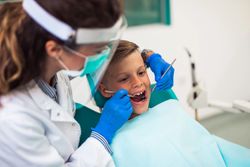 COVID-19: Can Dentistry Be Part of the Solution?