Fillings may not be best for kids, study finds

A study published this week in the Journal of Dental Research (JDR) suggests that conventional fillings aren’t any more successful at treating caries in children than other approaches.

Dentists may want to reconsider picking up their handpieces when treating tooth decay in young children, according to a new report.

A study published this week in the Journal of Dental Research (JDR) suggests that conventional fillings aren’t any more successful at treating caries in children than other approaches.

The three-year trial, led by dentists from the Universities of Dundee, Newcastle, Sheffield, Cardiff, Queen Mary University of London, and Leeds in the United Kingdom, compared three different treatments for tooth decay in children. These researchers found no evidence that fillings are more effective than sealing decay in the tooth or preventative methods alone.

The FiCTION (Fillings in Children’s Teeth, Indicated Or Not) trial studied 1,144 children across 72 National Health Service dental clinics in the UK. Regardless of what treatment they received, 450 of those children still experience pain and tooth decay.

regardless of the way the dentist manages the decay,” said Professor Nicola Innes, chair of Pediatric Dentistry and the lead author of the study. “What is absolutely clear from our trial is that the best way to manage tooth decay is not by drilling it or sealing it in-it’s by preventing it in the first place.”

Children between the ages of three and seven with evident decay were chosen for the study. The course of treatment was chosen randomly for each child for the duration of the trial.

The goal of the first of these treatments was to prevent additional caries by reducing sugar consumption and ensuring brushing with fluoridated toothpaste twice a day. A fluoride varnish was applied and fissure sealants were placed on the first permanent molar teeth. With this option, fillings were avoided.

The standard “drill and fill” practice was used in treatment option two, where the decay was drilled out, in addition to preventative treatments.

The third option was what the researchers considered to be minimally invasive, where the decay was sealed under a metal crown or a filling was used to stop the decay from progressing, in addition to preventative treatments.

“The FiCTION findings have focused attention again on the need to prevent dental decay before it begins but also some reassurance that if decay does develop in a child’s mouth, there are a number of treatment options available which can be tailored to the clinical and behavioral needs of an individual child,” said Professor Anne Maguire, chair of Preventative Dentistry at Newcastle University and one of the co-chief investigators.

The results of the trial found no clear advantage to either of the three treatment methods used in terms of improving a child’s pain, quality of life or dental anxiety. All three options were widely accepted by the children, their parents, and the clinicians involved.

Furthermore, the study also suggests that option three (sealing the decay) was most likely to be considered the best way to manage dental decay in children.

“All of the children in our study were chosen to take part because they already had tooth decay and unfortunately even with lots of care and attention from the dentists, once children have decay, there’s quite a chance that it will cause further problems,” said Professor Gail Douglas, chair of Dental Public Health at the University of Leeds and another one of the study’s chief investigators. “The good news, however, is that tooth decay can be prevented. Brushing your teeth with fluoride toothpaste, especially last thing before bedtime, avoiding sugary drinks and snacks between meals, and seeing a dentist regularly are all small habits that can help boost the overall health of your teeth.” 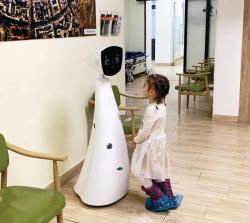