The 3D printer is powered by custom LED lights for groundbreaking performance.

EnvisionTEC, a leading global manufacturer of desktop and full-production 3D printers and materials, is offering a groundbreaking performance enhancement to the Perfactory 3D printer that launched the company 15 years ago and is now in its fourth generation.

A new custom LED light system will be offered across the company’s popular Perfactory 4 (P4) model lineup. In development for more than a year, the new LED system is reportedly more powerful and efficient than other light projector systems on the market. As such, it is said to offer a variety of benefits, such as lower operating costs and crisper black-white contrast between pixels, which means even better final part detail.

EnvisionTEC’s P4 LED Standard XL will be unveiled at RAPID + TCT, the premier event for 3D manufacturing in North America. The company also will be celebrating its 15th anniversary.

“This new LED system is an example of how we listen to our customers and have worked with them for 15 years to develop better 3D printing solutions,” says CEO Al Siblani. “This change will offer our production 3D printer users much lower operating costs. As an added benefit, the exceptional detail that our machines already produce will get even better because of the improved range of brightness from the LEDs.”

With the new custom LED system, the P4 line now comes standard with reportedly the most powerful and cost-efficient light source, too. The average cost per hour of the P4’s outgoing ultra-high-performance (UHP) lamp, which uses high-pressure mercury gas to emit light, was $2.90, with an estimated life of 500 hours. By contrast, the new LED system will cost an average of $0.50 per hour, lasting an estimated 10,000 hours. 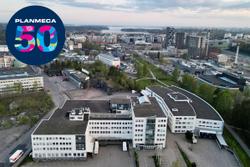 Chill Out: Managing Infection Control in the Heat 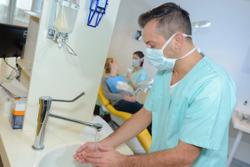 Performative Infection Control: What You Should (and Shouldn’t) Let Patients See