EasyRx to Partner with UNIZ for 3D Printing Workflow

EasyRx® has announced a partnership with UNIZ Technology. As part of this partnership, EasyRx will integrate with UNIZ, passing 3D based STL files to UNIZ 3D printers. This will save users time, according to a press release from EasyRx. Users will be able to use an Enhanced Command Center in EasyRx to edit, review, and print files to their UNIZ printer, which will make workflows more efficient, according to General Manager of EasyRx Todd Blankenbecler.

“We believe in an easy and efficient system for users,” Blankenbecler said in the press release. “We are excited to further simplify our 3D workflow through this integration with UNIZ.”

“We are excited to announce the software integration of EasyRx and UNIZ,” Zhao said in the press release. “As digital dentistry is the trend worldwide, our partnership will deliver considerable value to the labs and dental professionals with a whole workflow that includes oral scanning, CAD, 3D printing, and post curing.” 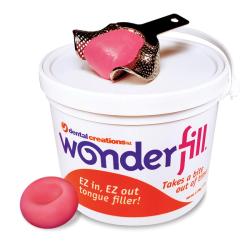