[Sponsored] Don't let the fear of the unknown keep your practice from taking advantage of the benefits of cloud software.

It might no longer be the top buzzword in dental technology—that distinction currently belonging to AI (artificial intelligence)—but “the cloud” remains a big part of the discussion. Even though the cloud has been a part of dentistry for a decade and has become a trusted resource that many practices make use of every day, a lot of dental professionals do not understand exactly what the cloud is and how it works to help dental practices optimize operations.

Alan Johnson, national software sales manager for Patterson Dental, says the cloud can be described most simply as: “doing computing services over the internet.” Anytime a service mentions using the cloud, it is talking about using the internet to connect to servers and information that can be accessed via an internet connection.

Using a cloud-based practice management application such as Patterson Dental’s Fuse offers numerous benefits, including greater flexibility, an economy of scale, and operational efficiencies vs running the practice’s software on a local server, Johnson says. The cloud is a proven technology, and he believes the industry is heading toward widespread adoption of cloud-based practice management solutions. Yet, many people in dentistry are still wary of “moving to the cloud” due to misunderstanding the technology itself.

To help overcome this, Johnson debunked the following 9 myths about cloud-based dental software.

Myth: The cloud is not secure.

Reality: The cloud offers greater data security than a local server-based system. With Fuse, all data are stored on the Microsoft Azure cloud platform, and as soon as they are saved, they are immediately backed up on multiple servers in multiple locations. This means that if something happens to servers at one place, the data remain accessible to your practice. Reputable cloud applications such as Fuse make sure data are not only saved in an encrypted format, but also encrypted when being sent through the internet to the cloud servers and back to the practice. Johnson points out another important security feature of Fuse, the physical security measures in place at Microsoft Azure server locations.

Myth: The cloud is not reliable.

Reality: Johnson says he thinks the opposite is true. If a practice loses internet or even all power, it can still access practice data via the cloud by having an internet hot spot and a laptop or tablet that can be turned on in an emergency. Additionally, cloud-based data are more reliable, especially across multiple locations, because the cloud is always updating and syncing, Johnson says.

“Every time you log in to a cloud product, you are current at every location, which gives you access to important and timely resources,” he says.

Myth: The cloud changes and updates too quickly.

Reality: Johnson says it is true that cloud software is updated more regularly than server software, with Fuse launching updated code every 2 weeks. However, he believes this makes adjusting to changes and learning new functions simpler because it becomes an ongoing process of bite-size adjustments rather than disruptive, time-consuming days of education.

To learn more about Fuse and how cloud software can help your practice, visit pattersondental.com/try-fuse.

Reality: Johnson points out that the cloud is so common today, that most people do not realize how often they use it. If a staff member is resistant to the idea of the cloud, Johnson recommends asking when they last went to the bank. Few people bank anywhere other than the cloud these days. Johnson says the benefits of cloud software add up to enhanced quality of life for team members who have greater flexibility around when and how they complete certain tasks.

Myth: You ditch your server when moving to the cloud.

Reality: Johnson says this is a myth with a bit of truth to it. Although a practice using cloud-based practice management software will not need a robust, business-class server system, it will likely still need a smaller-scale server to manage the large image files captured by 3D cone-beam imaging systems and intraoral scanners.

Myth: Moving to the cloud means you can ditch your information technology (IT) provider.

Reality: Having a trusted IT partner is more important when using cloud-based dental software, Johnson says. Moving to the cloud does lighten your practice’s on-site IT footprint and can lower IT costs, but having IT providers you can trust remains important. Johnson says a cloud-based practice should have its local IT team focused on optimizing internet speeds and reliability and providing sound advice. Johnson says the IT team should be reviewing the security credentials of potential cloud software providers and should still be a valuable part of your trusted advisor network.

“They know which questions to ask,” he says

Myth: The cloud is too slow.

Reality: The cloud is not quite as fast to access and process data as a system running on a robust local server. Still, Johnson is quick to point out that today’s internet is not the internet of 5, let alone 10, years ago and that cloud software also has advanced and increased in speed enough to make it a tight enough race that the difference rarely matters.

“If you want to go in and look at milliseconds of screen loads, obviously a local server with a cord between the two are going to be a tiny bit faster than a wireless connection,” he notes.

Myth: When you move to a cloud-based platform, you lose control of your practice data.

Reality: The data belong to you, whether you are using Patterson’s Fuse or another cloud-based application, Johnson explains. “Now how you get it may look a little bit different than pulling a hard drive from your local server, but the fact is, you have total control over your data. It’s your patient information. It’s your financial history. It’s yours.”

Myth: Cloud software is only for group practices.

Reality: Cloud software is ideal for multilocation practices, Johnson notes, but the concept of having a single database for all practice information—whether clinical, financial, or operational—has big benefits for any dental practice. A cloud application such as Fuse makes it easy to have all the information associated with a patient linked together and accessible.

“As a single patient database, Fuse consolidates all that patient’s data, the clinical data, their financial data, their appointment data, and it allows you to get a complete picture when both diagnosing or communicating,” Johnson says. “Increased efficiency equals more focus on the patient.”

Cloud-based software is proven technology, ready to meet the challenges of practices today and into the future. In fact, Johnson says practices not already using a cloud platform such as Fuse should be planning a transition as soon as possible.

“Cloud is a phenomenal tool to help you be able to grow,” Johnson says. “But if you don’t start asking questions, and doing research, and partnering with your peers and industry experts and industry groups, you’re going to have a lot of trouble answering this next question because it’s not, ‘To cloud or not to cloud?’ That’s no longer the question. The cloud is ready. It’s really a question of, ‘Are you?’” 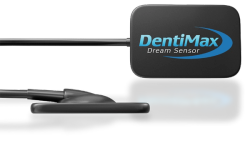 Natural Elegance® by Henry Schein: A Natural Fit for Your Busy Practice