Dentists from British Columbia, along with veterinarians and other doctors, helped save the bird, who reportedly had been shot by a truck driver.

The bird suffered a gunshot wound and was missing a large part of its beak.

Dentists typically deal with human teeth. One dentist and his technician, however, used their dental skills to help a bald eagle missing a chunk of his beak.

Dentists from British Columbia, along with veterinarians and other doctors, helped save the bird, who reportedly had been shot by a truck driver.

Residents heard the gunshot and saw the truck drive away. They investigated the noise and discovered the injured eagle, which they took to a local refuge. The refuge took the bird to the North Island Wildlife Recovery Center, where many veterinarians recommending putting it down. Volunteers, however, thought they saw the potential for recovery.

Dr. Brian Andrews created an exact mold of the missing portion of the bird’s beak and then built a hard wax model for Dental Technician Fred Leak. Leak designed a yellow permanent prosthesis to match the coloring of the remaining beak. The new beak functions as well as the old, and the eagle made a full recovery. 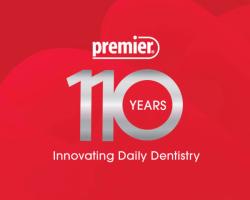