The dawning of Google Glass loupes for the dental professional

Kevin Henry was formerly the group editorial director for Advanstar Dental Media and has more than 15 years of experience in the dental publications field. You can follow him on Twitter (@kgh23).

When the concept of Google Glass was first announced, it didn’t take long for dental professionals (and our own technology editor, Dr. John Flucke) to wonder how the invention would impact dentistry. A group of dental students from the University of Michigan appears to have taken a big leap toward answering that question.

When the concept of Google Glass was first announced, it didn’t take long for dental professionals (and our own technology editor, Dr. John Flucke) to wonder how the invention would impact dentistry. A group of dental students from the University of Michigan appears to have taken a big leap toward answering that question.

Be sure to check out the free e-bookdetailing Dr. Flucke's 10 technology trends of 2014

After watching their YouTube video detailing their usage of Google Glass loupes, I had the chance to sit down and talk with Kevin Kuo, one of the inventors. Kuo joins fellow Wolverines Mikhail Garibov, Shalini Kamodia, and Daniel Hammaker to form Dentyzion, a company that they describe as “a unique dental consulting company -- the first of its kind. It aims to bridge the gap between technology and dentistry through innovative technological solutions for traditional and non-traditional dental problems.”

Kevin Henry: How did the idea of Google Glass and dental loupes begin?

Kevin Kuo: Actually, the idea of Google Glass and dental loupes came to fruition amongst an even greater idea. Mikhail Garibov, Daniel Hammaker, Shalini Kamodia, and I shared a particular interest in technology and as a result, cofounded Dentyzion-a dental technology & digital marketing consulting firm-when we were dental students at the University of Michigan School of Dentistry earlier this year. We believe that technology could be the solution to many problems in the profession and hope to assist future clients with innovative and creative strategies and implementation.

Our first project just happened to involve Google Glass. It was a natural start as Google started to invite developers to their Google Glass Explorer Program around the same time we thought about starting a company. The Program lets a select few thousand individuals to purchase Google Glass and test a prototype version. This gave developers the opportunity to not only give Google feedback about the current prototype but also create new applications and uses for the product.

After our initial brainstorming session with the ideas as a company, we immediately realized Google Glass was impractical in dentistry without loupes being a part of the design. Most dentists wear loupes (magnifying optics) to more comfortably treat patients and protective eye wear to prevent risks of infection. Our design satisfies both requirements. For us, adding loupes to Google Glass is an important step in the implementation of Glass in dentistry.

Henry: Talk about your first experience with it and what it was like.

Kuo: We collaborated with SurgiTel on this particular idea. They were the ones that produced a working model for Dentyzion to test and develop. When I first put them on, I knew immediately that the future is here. There’s no question in my mind that wearable devices like Google Glass will be an integral part of dentistry. The loupes were extremely comfortable. SurgiTel installed their 2.5x Micro optics. The weight of the optics were indistinguishable from the weight of Google Glass alone. I actually prefer wearing these than my existing loupes-which requires me to tightly secure the head strap around my head. With these Google Glass loupes, I can wear them comfortably without any additional headwear, in large from SurgiTel’s advanced lightweight optics.

Furthermore, Google Glass’ display neatly and non-obtrusively visible on the upper-right corner of my vision allows me to potentially see a wide variety of important dental information that will assist the provider in treating patients. The software part for Google Glass is still in its infancy. Dentyzion, along with other companies, are trying to develop apps to run on Google Glass. We believe that the future of Google Glass in dentistry involves the integration of electric health records. This would allow the dentists and other healthcare providers to visualize patient health history, radiographs, intraoral photographs, and periodontal chartings-to name a few.

Henry: What has been some of the feedback you’ve received on the usage of Google Glass as a teaching aid?

Kuo: The feedback has been tremendous. Dentyzion is really the first to definitively map out the potential use of Google Glass in dental academics. Other developers are focusing more on private practice applications. So when we first released our video, dentist and faculty from U of M and other dental schools were surprised and excited about the idea of using Google Glass in dental school. It’s just natural for a dental student to watch a video or even better, a live feed of clinical techniques while working themselves. The positioning of the Google Glass display is perfect for this. It’s away from the line of sight enough for it to be non-obtrusive. But it’s in close enough proximity, like a car’s rearview mirror, for it to be useful without neck strain.

Our team at Dentyzion have let countless students and faculty wear the Google Glass loupes. It’s very encouraging for them to wear it and be so excited about it. For us, this excitement is important. We believe the best ideas are the ones that feel natural and useful for people, and we believe loupes and Google Glass are one of them.

Henry: What do you see as the future of using Google Glass, both in teaching and in operatory?

The camera on Google Glass has a very short focal length, like the camera on cell phones. Because of that, the pictures and video shot with Glass’s camera are very wide. So when one shoots video on their patients, you cannot just see the teeth being worked. You instead see the entire face along with the chair and floor-not nearly enough magnification and narrow field to see small structures. This is also not a limitation in technology. It’s a limitation in physics. In order for a camera to shoot small structures, like in surgeries, a long focal length is needed. A telescopic lens is not practical to implement on Google Glass for both esthetic and functional reasons.

I’ve already mentioned the type of visuals that could be displayed on Google Glass in private practice. As far as academics goes, students would view videos or live streams shot, not from another Google Glass, but with surgical cameras like SurgiTel’s SurgiCam. The camera is lightweight and small and can be integrated on a dentist’s loupe frames. 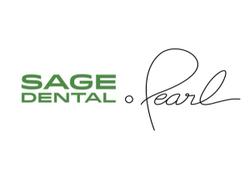 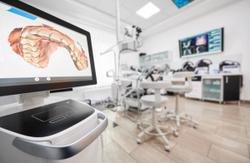 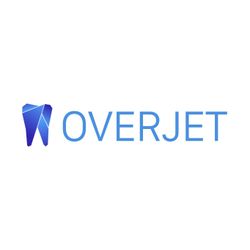