The clinical procedure that can make or break your career

Being able to recognize and diagnose periodontal disease is critical for hygienists.

Periodontal disease is the Goliath of oral healthcare, and every hygienist knows the signs. But with the recent discoveries on the causal link between oral bacteria and heart disease, stroke and Type 2 diabetes, it’s more important than ever to detect active infections in the patient’s mouth. And that goes beyond what hygienists normally do with periodontal probing.

Non-surgical periodontal therapy is the clinical procedure that can make or break a dental hygienist’s career. More specifically, it’s “the ability to recognize, diagnose and treatment plan periodontal disease accurately and with a proposed treatment plan that is in the best interest of the patient,” says Kim Miller, RDH.

Miller says that hygienists’ first inclination when it comes to diagnosing periodontal disease should be to pick up a periodontal probe. And while that’s the right inclination, many hygienists fall short of what they could be doing when they only use the probe to measure pocket depth. Bleeding upon probing is typically recorded on the perio chart, but recession and furcation involvement are often left out.

“They’re not looking at vertical attachment loss, which is the combination of recession plus pocket depth,” she explains. “That tells us the total loss of attachment that the patient has had. If we’re only doing pocket measurements and we’re not looking at all of those other factors, they’re not going to have the correct case type applied to that patient.”

Miller references the first comprehensive book on dental hygiene, Esther Wilkins’ “Clinical Practice of the Dental Hygienist,” as the go-to book for many RDHs.

“Esther has something called a gingival index in that book, but the translation for me is tissue response,” Miller says. “Esther asks us to use our periodontal probe and do a circumferential stroke around the tooth, including accessing the gingival col, which is not keratinized.”

The typical non-keratinized col is more susceptible to infection. Miller explains that even if a patient’s tissue doesn’t bleed upon probing, bleeding from the epithelial lining around the sulcus or in the gingival col would indicate an active infection in the mouth.

“Bleeding upon probing means when I touch the attachment at the bottom of the pocket with my probe, it’s red,” she says. “Bleeding upon tissue response means that when I gently do a circumferential stroke around the tooth with my probe, the wall of sulcus or the gingival col bleeds when I stimulate that area.”

It’s important to make the distinction because they are two completely different things, she adds. A bleeding response to either stimulus indicates an active infection in the patient’s mouth.

While it’s obvious why recognizing and diagnosing periodontal disease is crucial to a hygienist’s career, there is a larger aspect of this disease. While attention on the oral-systemic link has been growing in recent years, it was only within the last year or two that the connection between oral bacteria and other diseases in the body was proven.

Read more: Why it's important to include periodontal probing in a hygiene appointment

“Those bacteria escape into the bloodstream and cause myriad of inflammatory conditions that will increase a patient’s overall inflammatory burden, increasing their risk for heart attack, stroke, Type 2 diabetes and the list goes on,” Miller says.

This link is what makes Miller so passionate about diagnosing and treating periodontal disease. She encourages hygienists to accurately measure those pockets, record the data at least annually for each patient, and then evaluate the patient for bleeding in the sulcus and the gingival col area. That extra step ensures that clinicians aren’t missing any active infections in the patient’s mouth.

Once a hygienist has determined that a patient has an active infection in his or her mouth, the next step is to make sure that the patient understands the ramifications and sees that it’s not just about saving his or her teeth.

“Over and above causing tooth loss, periodontal infection can cause heart attack and stroke and initiate the process for insulin resistance, which then leads to diabetes,” Miller says.

Trending article: Corporate vs. private practice: which is better for hygienists?

Miller references an article that was published in the Postgraduate Medical Journal titled “High-risk periodontal pathogens contribute to the pathogenesis of atherosclerosise." The study’s authors (Bale, Doneen and Vigerust) conducted clinical laboratory testing on thousands of patients to determine what kinds of periodontal bacteria were related to heart attack, stroke and Type 2 diabetes.

The authors note that a main message of the study is that, “The dental community has a substantial opportunity to mitigate the number one cause of morbidity and mortality, namely cardiovascular disease, by elucidating feasible effective management of PD due to high-risk pathogens.”

The study indicates that “adverse cardiovascular effects” are due to five specific periodontal pathogens. “I think every hygienist in the country needs to get a hold of this type of research,” Miller says.

Two of the study’s researchers, Bale and Doneen, also published a synopsis of the study in layman’s terms that encourages the reader to share the information with his or her dentist, since the research is so new.

“It’s an interesting call to action that is being directed to the public to inform the dental offices about this piece of information,” Miller says.

For a hygienist to communicate concern with the patient over bleeding gums might come as a sudden change in response to some patients. They might wonder why their hygienist has started to make a big deal out of bleeding gums when it was never a big issue before. Miller explains that it’s not just that there’s an association between periodontal disease and oral bacteria to heart disease, stroke and diabetes, but that there’s evidence of causality for the first time in the history of medical and dental relationship.

“It gives us something as clinicians to hang our hat on,” she says. “I would tell my patients this research is groundbreaking and it’s new - meaning it was released in the last 12 to 18 months. This speaks to you having increased risk for heart attack and stroke and the development of Type 2 diabetes if you have bleeding gums and these bacteria are getting into your bloodstream.”

After diagnosing periodontal disease and educating patients on the causality between certain bacteria and specific serious health conditions, the hygienist can start providing periodontal therapy.

“Periodontal therapy is aimed at reducing the bacterial load in your mouth so that areas where gums are bleeding can heal and stop letting these dangerous bacteria into the bloodstream,” Miller explains. “Periodontal therapy is the treatment that I would provide to help patients heal these areas. That means they’re going to need to do some things at home, too.”

More from the author: An inside look at the new TornadoS handpiece

Home care falls into the realm of treatment planning, to which Miller has a four-pronged approach. She starts from the top down, moves to the bottom up, then the inside out and finally the outside in.

The top down refers to the top of the tooth and down to the gum. That includes the patient’s home hygiene routine: brushing, flossing and anything else the hygienist recommends. This prong is the patient’s responsibility.

The second prong, from the bottom up, is what the hygienist does with instruments. “I work at the bottom of the pocket and work my way up to the top of the pocket, removing the bacteria and the hard deposits and placing medicaments,” Miller says.

The inside out refers to the patient’s diet. That means choosing foods that are anti-inflammatory, such as fruits, vegetables and lots of greens.

“If you’re trying to heal an inflammatory infection, which periodontal disease is, the patient should focus on anti-inflammatory foods,” Miller says.

This third prong also includes medications and supplements, such as vitamin C, which is helpful in healing infections. Periostat is also sometimes used to “reduce the speed at which the periodontal infection will break down the attachment around the teeth,” Miller says.

Trending article: How to handle mental health issues in the dental practice

Recognizing and diagnosing periodontal disease, providing non-surgical periodontal therapy and offering a four-pronged approach to treatment planning is the clinical procedure that can make or break a hygienist’s career. Therefore, it’s essential to stay up to date on research, such as that conducted by Bale, Doneen and Vigerust, and take hands-on CE courses regularly in order to ensure accurate diagnoses and provide proper care. 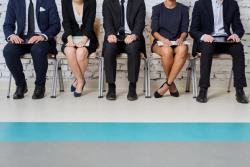