is said to represent a treatment breakthrough in the herpes labialis category because of its  vehicle and delivery system. It uses a proprietary Lauriad® delivery technology that consists of a tablet that sticks to the gum above the canine tooth on the side of the lip that is infected with a cold sore. 8 mm in diameter and 2.2 – 2.6 mm in thickness, this white-to-slightly-yellow tablet is said to be tasteless and odorless. It reportedly dissolves gradually to provide a sustained release of medicine. Dentists now have the option to help patients with more than their teeth.

A Phase III study demonstrated that a single low dose of Sitavig improved all clinical parameters of labial herpes; in particular, it increased the percentage of blocked lesions and delayed by about 105 days the recurrence of the next herpes episode. It is well-known that the standard of care, systemic antiviral drugs, are typically prescribed at high doses in the treatment of labial herpes (HL). However, Sitavig is designed to be an innovative drug delivery system that provides a high sustained-release local exposure of acyclovir in oral mucosa, supporting its evaluation as single low dose in the treatment of HL.

“We are very excited to inform the dental community about Sitavig,” said Charles Jenkins, vice president of marketing at Cipher. “Ninety percent of Americans have been exposed to HSV by the time they are 50, but there hasn’t been a real breakthrough product to address this problem in many years. Sitavig is revolutionary because unlike systemic drugs and topical prescription creams, Sitavig requires application to the gum only onceper episode.

"This is a very dynamic and extremely proactive approach to a cold sore recurrence, and studies show that when Sitavig is applied at first signs of episodic prodromal symptoms, it can often actually abort the episode entirely. What makes Sitavig extremely user-friendlyis that a patient can eat and drink normally once the tablet adheres to the gum, which is usually within a few minutes.”

Study confirms efficacy
In a multi-center, double blind, placebo-controlled, patient-initiated trial, 775 patients with recurrent HL were randomly assigned to either a single application of Sitavig 50 mg or matching placebo as soon as prodromal symptoms occurred. The primary endpoint was the time to healing (TTH) of primary vesicular lesion (mITT population). Other endpoints included incidence of blocked episodes, duration of herpes episodes and incidence and time to next recurrence evaluated during a nine-month follow-up (ITT population).

Nucleoside analogues acyclovir and its prodrug valacyclovir remain the reference treatment for recurrent herpes infection. After cellular intake and conversion to acyclovir triphosphate by cellular enzymes, acyclovir selectively inhibits HSV viral DNA replication. Its half-life inside the infected cell is short, about one hour. Systemic acyclovir concentrations are over the 50 percent inhibitory concentration (IC50: 22.5 ng/ml); however, they are low, delayed and transient in the deep layers of mucosa and skin and thus poorly target the mucosal reservoir of HSV-1.

Research: New study shows smokers are at a higher risk of losing teeth

The study showed that Sitavig 50 mg reduces by 22.7 percent the risk of experiencing a recurrence in a nine-month follow up. In addition, the next recurrence of a herpes episode was delayed by a mean of 105 days in patients whose herpes lesions recurred. Oral HSV-1 shedding is frequent, and shedding episodes of several days duration are caused by short overlapping reactivations of HSV-1. It could be speculated that rapid, high and sustained acyclovir concentrations in saliva and labial mucosa, at the site of the viral reactivation and at the moment of maximal replication, may reduce the mucosal viral reservoir and thus delay the recurrence of the next herpes episodes. However, these data on incidence and delay of the next recurrence need further confirmation as they were obtained on a subset of patients. If confirmed, these data may also reduce the inter-individual transmission of HSV-1 through a decrease in the oral shedding of patients with frequent HL episodes.

Local and overall tolerance of Sitavig®50 mg was acceptable. Application site irritation was slight and infrequent with this muco-adhesive buccal tablet (<1 percent). Acyclovir cream is known to induce local adverse effects and particularly burning, peeling and tingling. This has not been reported in the Sitavig 50 mg trial. Likewise, the incidence of headache was much lower than the incidence reported with systemic agents.

In summary, Sitavig 50 mg provided clinical benefit to patients independently of the lesion stage. It reduced the occurrence of vesicular lesions, primary or non-primary, which is the most important burden of the disease. It also prevented and delayed the recurrence of the next herpes episode. Therefore, Sitavig 50 mg buccal tablet is said to be an attractive alternative to systemic antiviral treatment for patients with recurrent HL when applied within one  hour after the occurrence of prodromal symptoms.

Sitavig is indicated for the treatment of recurrent herpes labialis (cold sores) in immunocompetent adults. It should not be used in patients with known hypersensitivity to acyclovir, milk protein concentrate or other components of the product.

Hot read: The importance of the end-of-day report 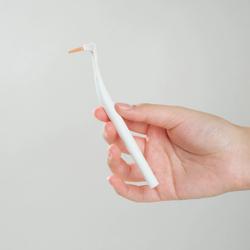 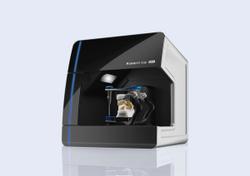