Teresa Duncan, MS, FADIA, FAADOM is an international speaker who focuses on revenue, dental insurance & management issues. She is a Fellow of the American Association of Dental Office Managers. Her memberships include the Association of Certified Fraud Examiners, National Speakers Association and the Academy of Dental Management Consultants. She has been named one of the Top 25 Women in Dentistry by Dental Products Report. Teresa received her Master’s Degree in Healthcare Management. 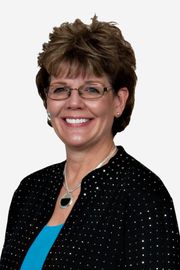 Patti DiGangi, RDH, BS, believes dentistry is no longer just about fixing teeth. Dentistry is oral medÂ­icine. Her work helps dental professionals embrace the opportunities and understand the metrics that accurate insurance coding provides. The ADA recognized her expertise by inviting her to write a chapter in its CDT 2017 Companion book and again for its CDT 2018 Companion. She is the author of the DentalCodeology series of easy-to-read, bite-size books. Her latest book, "Teledentistry: Pathway to Pathology" was co-written with Cindy Purdy, RDH, BS. She can be reached at patti@dentalcodeology.com.

With November upon us, it is once again time for what has become our annual review of the additions, changes and deletions in CDT benefit coding. Changes in CDT 2016 came under the two general categories: Stand-alone changes and interrelated changes.

With November upon us, it is once again time for what has become our annual review of the additions, changes and deletions in CDT benefit coding.

Continue to the next page to see the changes.

Several areas of related changes are with dentures, sedation and genetic testing. Dr. Doyle Williams, an insurance expert working with Aspen Dental, testified on the need for immediate partial dentures codes. He stated that Aspen does 45,000 immediate partial dentures but the only code available was the D9999 code. To close the gap and enable great specificity, four related codes were added.

Sedation in dentistry was another interrelated hot topic with some believing the Code Maintenance Committee (CMC) had confused the codes over the past few years. A single code was revised, resulting in two new codes added to replace four different codes. Soft tissue grafts also saw two additions and five revisions.

Scientists from academia, research and industry continue to explore current science and clinical applications for genetic testing in oral medicine. The CMC decided that the existing genetic testing code was not clear enough. This resulted in a decision to create separate codes for sample collection and analysis.

Dr. Peter Milgrom, professor of Dental Public Health Sciences and Pediatric Dentistry in the School of Dentistry and director of the Northwest Center to Reduce Oral Health Disparities at the University of Washington testified at the CMC  meeting in favor of a unique code for silver diamine fluoride (SDF). A new stand-alone code was added: D1354 interim caries arresting medicament application. It is important to note that codes are not product specific. The nomenclature (name) and definition of this code could be appropriate for other treatment options. An additional response to changing technology which enables dental practitioners to acquire a bitewing image with no film or sensor resulted in an additional radiograph code.

Other changes shaping dentistry in 2016 and beyond

It’s all about electronic health records (EHR). Smarter equipment, a more reliable cloud connection, HIPAA requirements, 3D printing open-source CAD-CAM, 3D virtual treatment planning integration and more specific coding are all pieces and parts of EHR. Other influences come from Medicare, insurance carriers’ mergers and teledentistry. Dental offices will be asked to react to these changes. Flexibility in adapting to change will be a hallmark of successful dental practices.

The Centers for Medicare and Medicaid Services (CMS) is a member Code Maintenance Committee and plays a large role in the dental coding world. As the largest single payer of health benefits in the U.S., Medicare is setting the standard for insurance reimbursements and many carriers will have to make changes to play in this arena. Dentists must make a Medicare participation decision – even if it’s one of non-participation – and have all paperwork completed by June 1, 2016.

We don’t know and could not yet predict what changes might be in the works for dentistry with the merging of some of the biggest insurance carriers.

Two proposed mergers involving four of the nation’s biggest health insurers could reduce competition in an important industry. Earlier this summer, Anthem agreed to acquire Cigna for $48 billion, and Aetna announced a $37 billion takeover of Humana. That will leave only three major national companies. Will less competition lead to higher prices? Will it mean lower quality coverage?

Teledentistry became more of a reality in several state legislatures with more coming in 2016. California and Arizona began to use teledentistry in 2015. West Virginia, Hawaii, Oregon and Colorado are among the other states currently considering passing legislation that would enable them to offer teledentistry programs to residents of those states. The most common path being taken by states is to cover telehealth services in Medicaid programs. Currently 43 states and the District of Columbia provide some form of Medicaid reimbursement for telehealth services, with 19 states and the District of Columbia now requiring private insurance plans to cover telehealth services.

This small preview gives you a taste of the changes shaping dentistry in 2016 and beyond. More details are available in a free e-Book CDT Shift 2014-2016, brought to you by OneMindHealth, a company that builds technology services that make providing, receiving, and paying for dental services more like the consumer experience your patients have come to expect. 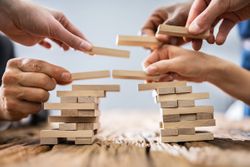 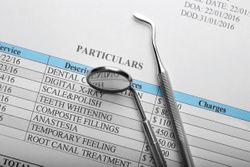