Can dentists use squid ink to check for gum disease?

A team led by engineers has developed a more comprehensive way to detect gum disease.

Using a periodontal probe is the most common way for dentists to measure a patient’s pocket depth and check for gum disease. However, using a probe can often be invasive and sometimes uncomfortable for the patient. So, what if dentists were able to use a different method?

A team of researchers at the University of California San Diego say they have developed a new imaging method to examine the entire pocket depth around a patient’s teeth.

“Using the periodontal probe is like examining a dark room with just a flashlight and you can only see one area at a time,” says Jesse Jokerst, a nanoengineering professor at UC San Diego and senior author of the study, in a statement. “With our method, it’s like flipping on all the light switches so you can see the entire room all at once.”

In the study, the researchers used photoacoustic ultrasound for high-spatial resolution imaging of probing depths. The ultrasound involved shining a light signal onto a sample, which heated up and expanded, creating an acoustic signal that the researchers could analyze. Specific contrast from dental pockets was achieved using food-grade squid ink mixed with water and cornstarch.

In the experiment, 39 porcine teeth, 12 of which featured artificially deeper pockets, were treated with the squid ink solution. Probing depths were then measured with novel photoacoustic imaging and a Williams periodontal probe.

The researchers explain that squid ink contains melanin nanoparticles, which absorb light. During the oral rinse with the squid ink solution, the nanoparticles became trapped in the pockets between the teeth and the gums. When the researchers shined a laser light onto the area, the squid ink heated up and swelled, creating pressure differences in the gum pockets that could then be detected using an ultrasound.

While the results of the squid ink solution were similar to those taken using a periodontal probe, the team concluded that there were statistically significant differences between the two measurement approaches for distal, lingual and buccal sites. The new approach offered 0.01-mm precision and could cover the entire pocket, compared with the probe-based approach that’s limited to just a few sites.

“This report is the first to use photoacoustic imaging for probing depth measurements with potential implications to the dental field, including tools for automated dental examinations or noninvasive examinations,” the researchers state.

More from the author: Can a green tea extract help prevent cavities?

The team hopes to soon test their method in humans as well as work to minimize the taste of the squid ink solution for patients.

To learn more about the researchers’ method, check out the video below. 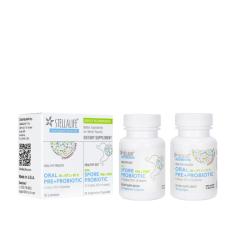 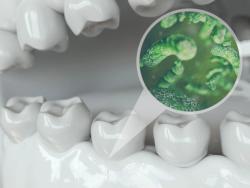 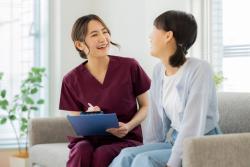