The investigation into the campus was initiated after student, administration and faculty complaints to the DHCC. Students reported a lack of education on infection control, with senior students stating there was no mention of spore testing in their curriculum.

The Dental Hygiene Committee of California (DHCC) withdrew the state’s approval for the dental hygiene program at Concorde Career College-Garden Grove campus in California after lapses in infection control surfaced during an investigation.

The decision was announced during a DHCC committee meeting in Sacramento on Aug. 20. The DHCC is the governing board for dental hygiene in California.

The hearing hosted by the DHCC education subcommittee heard testimony from two subject experts and a DHCC investigator, Karyn Dunn. The reports referred failures in infection control procedures, focusing on a gap in spore testing and failed spore tests for the dental hygiene clinic’s sterilizers.

RELATED: 5 infection control mistakes you may be making and not even realize it

Between April 8 and July 13, spore tests were not conducted in the clinic, and no faculty could be identified as overseeing the sterilization procedures. When testing did resume, the first test failed and Concorde Career College (CCC) was notified on July 15, according to testimony given.

Although a seal was replaced on one sterilizer after the failed test, no instruments were pulled, and no consumers were notified of the failed tests. An estimated 3,400 to 4,000 patient visits occurred at the clinic during the time period of the lapse in spore testing.

The patients still have not been notified of a possible exposure to bloodborne pathogens and the need for evaluation. The DHCC informed both the county and state health department of the issues.

The investigation into the campus was initiated after student, administration and faculty complaints to the DHCC. Students reported a lack of education on infection control, with senior students stating there was no mention of spore testing in their curriculum. Students also reported blood left on instruments after sterilization and debris still remaining even after the first inspection and requirements for improvement from the investigator.

Three-fourths of the seniors directly voiced complaints relating to quality of their education, infection control practices, and their general preparedness to enter the dental hygiene field. They stated classes sometimes lacked a consistent educator, and some classes were conducted merely by providing a PowerPoint to the students.

The withdrawal of approval was effective immediately. Concorde Career Colleges can appeal the DHCC decision.

The vote to withdraw approval for Concorde Career College–Garden Grove was unanimous. DHCC President Noel Kelsch, RDHAP, MS said in her closing statement, “The number one concern for this board is to protect the consumer and assure the delivery of quality dental hygiene care.”

Concorde can request an informal hearing with the DHCC executive officer and if not satisfied with the results the school can ask for a formal appeal hearing with an administrative judge.

The president and immediate past president of the California Dental Hygienists’ Association attended the DHCC hearing and offered support for the students. Students at Concorde are members of the professional association. In the past, CDHA has helped students find placement in other programs to finish their education and that type of help could be offered again for those affected by the decision to withdraw approval for the Concorde campus, according to Lygia Jolley RDH, BA.

Concorde Career Colleges has 16 campuses across the United States with four campuses and 3 dental hygiene programs in California. The Garden Grove campus was established in 1964 and operated under a different name until incorporated by Concorde in 1989. 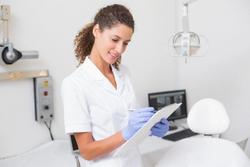 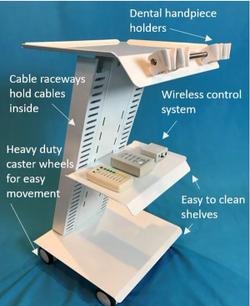