Brush Up is said to remove a barrier to clean teeth for millions of children.

Brush Up is said to remove a barrier to clean teeth for millions of children.

At the 2015 HIMSS conference, the game's creators unveiled a software-only version of the app. In the newest release, assessment is provided by a new "Magic Mirror" feature. It exploits the device's back-facing camera to empower "selfie assessment."

"Nothing teaches better than real-time feedback from a connected toothbrush," says GamesThatWork Director Dov Jacobson. "But millions of families can't afford the electronic toothbrush. Those kids deserve clean teeth too."

In 2014, Brush Up reportedly created a sensation at conferences of pediatric dentists and hygienists. Studies produce evidence of improved brushing behavior among children who play the game. The National Institutes of Health funded research to measure change on several quality metrics, such as distribution of brushing time across each tooth surface. After two weeks of nightly play, children showed a 78 percent reduction in brushing deficiency.

One year later, a follow-up study measured retention of the skills learned during the original two-week period. The brushing skills introduced by the game were still readily observed by the follow-up researchers.

In the new release of the game, children brush along with Budd, the toothbrush tutor. The Magic Mirror puts each child in the game right beside Budd. To win prizes, children match video clips of their own brush performance with those of Budd. It is fun, but children can only win it when they brush carefully.

Digital prizes reward conscientious brushers. A fresh set of these motivational prizes arrive each month to subscribing families. Brushing reports keep these parents in touch with their children's progress.

Brush Up can be played free of charge but without the stream of new prizes, parental notifications or the powerful new matching game.

Brush Up is on the iTunes App Store and the Google Play Store. Full content is available for $0.99/month or a one-time charge of $9.99.

Dental professionals can improve oral health by providing patients with access to Brush Up. The group account conducts two-way updates between the practice and the patient.

Similarly, insurers can reduce the expense of dental care by introducing brushing instruction and motivation to all their young members. 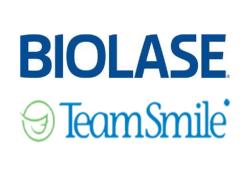 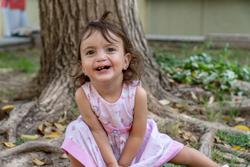