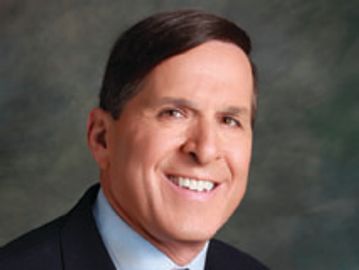 Dr. Roger P. Levin is the CEO of Levin Group, a leading dental management consulting firm. Founded in 1985, Levin Group has worked with over 30,000 dental practices. Dr. Levin is one of the most sought-after speakers in dentistry and is a leading authority on dental practice success and sustainable growth. Through extensive research and cutting-edge innovation, Dr. Levin is a recognized expert on propelling practices into the top 10 percent. He has authored 65 books and over 4,000 articles on dental practice management and marketing. He has been featured in the Wall Street Journal, New York Times, and Time magazine and is the creator of the Levin Group Tip of the Day, which has over 30,000 subscribers. To contact Dr. Levin, visit www.levingroup.com or email rlevin@levingroup.com.

Editor's Note: Based on his extensive experience with dentists over the past 30 years, Dr. Roger P. Levin has authored a new book entitled, "The 31 Biggest Mistakes Dentists Make."

Editor's Note: Based on his extensive experience with dentists over the past 30 years, Dr.

Make." His premise is simple. As he says in the introduction, “We can learn from our

mistakes. But isn’t it better to learn from other people’s mistakes?”

The following is an excerpt from the forthcoming book...

I recently spoke with a new client who is doing extremely well. He wants to continue

striving for greater success because he has no idea how long the growth will endure. This

isn’t a pessimistic point of view but a realistic, strategic perspective. In the business world,

the philosophy of accomplished CEOs is “strike while the iron is hot.” This dentist knows

that everything changes, and that the best plan is for him to take advantage of a good

situation while it lasts.

Over the last 30 years, I have met many dentists who want their practice to be more

profitable â in a few years. Why would anyone wait to be more successful? Waiting is a

mistake, one of the biggest dentists make, for the following reasons:

1. The earlier you set money aside in savings or investments, the more earnings will

accrue. Keep in mind that money doubles approximately every seven years at a

2. A practice that’s growing tends to maintain that momentum. In the more

competitive world of dentistry today, increasing production and the number of new

patients gets more difficult each year. You’ll find it much easier to grow your

practice (and grow it faster) when it’s already performing well.

3. You don’t have as much time to reach your goals as you think. I’ve met many

their practices and add to their net worth. Many dentists today will be working until

75 years of age or later, partly because they waited too long to concentrate on

Just remember that striving for greater success should be a well thought-out process. For

investing, on the other hand, may include upgrading management systems, staff training,

and equipment that will help your practice achieve success sooner.

Another big mistake dentists make: Relying too much on the accountant

Note: Watch for "The 31 Biggest Mistakes Dentists Make" to be published later this year.

in Las Vegas on December 11–12 when you register by November 10. Find out more