Back to Basics: The Downside of Retirement Account Withdrawals

When your finances get tight, it's tempting to treat your retirement accounts like an emergency fund. Here are four reasons that's a bad idea.

Expenses can pile up in the fall, especially if you have college-age children. Gearing up for a big purchase may have you thinking about a loan from yourself, perhaps from a 401(k) or 403(b) retirement account. The Internal Revenue Service collects nearly $6 billion per year from early withdrawal penalties from retirement accounts, meaning that Americans take out almost $60 billion each year from retirement funds before reaching the age at which they could do so without a penalty.

Withdrawals at any age are added to a taxpayer’s income and taxed at regular rates. The extra 10% penalty for 401(k) plans applies to early withdrawals (disability and certain medical expenses are exempt from the penalty). But while the early withdrawal penalty is a big reason not to take money out early, it’s not the only reason to think twice. Here are four things to consider if a loan or withdrawal may be part of your immediate plans.

1. If you’re spending, chances are you will stop saving.

Many retirement plans have a provision that prohibit you from contributing to your plan until the loan balance is repaid. Even if your plan doesn’t have this provision, consider that paying the loan back will eat into the funds you normally set aside for saving for your future.

2. Time is now working against you instead of for you.

Through market appreciation and compound interest, your retirement plan savings are often more than the sum of their parts. If you aren’t making contributions, and if you’ve lowered your contribution level, you’re missing out on potential growth. Saving for retirement is meant to be a long-term endeavor; it’s based on the idea that small sums put aside over a long period will add up, accrue appreciation and interest, and then be a substantial nest egg when you’re ready to start funding your retirement. Taking money out to make a big purchase means rewinding that long-term clock, and you may find it difficult to make up for that lost time.

3. Uncle Sam always gets his. Don’t let him get his twice.

While you will essentially pay yourself back plus interest if you’ve borrowed from your retirement plan, the rate will likely be much lower than you could experience by leaving the money in the plan. Want more bad news? You’re now re-paying yourself using after-tax dollars. Even worse, those dollars will be taxed again when you start to withdraw the funds upon retirement. That’s a lose-lose.

4. You just raided your contingency plan.

Contingency plans are what they say they are: emergency back-ups. Things might be going smoothly now, but what if a car accident or an unforeseen medical condition clouds the picture? What if your practice income should take a downturn? If you’ve taken out your retirement savings for a non-emergency, it won’t be there in the event that you really need it.

It’s important to note that there are some circumstances under which a loan or a withdrawal might be a good idea for you, such as using it to pay off high-interest debt. For example, paying off a substantial credit card debt you accrued while in dental school might be worth a look, but paying off low-interest student loans, even if they seem suffocating, likely would not be beneficial to your long-term financial future. 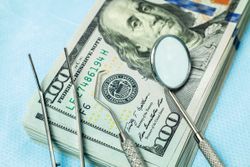 An Innovative Approach to Transitioning After the Pandemic 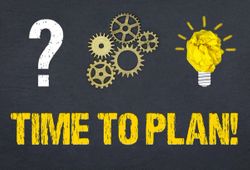