6 Dentist Inventors and Their Non-Dental Inventions

Dentists often design creative solutions, and not always for challenges faced in their practices.

Dentists tend to be creative people who are up to the challenge of solving the many unique problems they find in the mouths of their patients. In practice, dentistry requires specialized knowledge, a sense of art and design, an understanding of physics and engineering, and great communication skills. In short, dentists are great problem solvers, and the latest innovations in the industry often come from a clinician who needed a better way to meet the needs of a patient.

Here's a look at 6 dentists who took their innovative spirit outside the practice to create lasting innovations in other arenas.

19th century American dentist Edward Maynard worked in the Baltimore and Washington D.C. areas and was known to have treated the politicians of his day. But while his day job was caring for people’s teeth, he is best known as an innovator in the design of firearms. He was awarded the first of his 23 firearms-related patents in 1845 for the design of a system that allowed partially automated the priming of rifles to make reloading between firing more efficient. In 1851 he won a patent for his design of a breechloading rifle that used specialized cartridges, also of Maynard’s design. Rifles featuring his breechloading design was featured in rifles used by soldiers for both the Union and the Confederacy during the US Civil War.

Charles Edmund Kells, Jr lived in the late 19th and early 20th centuries and is likely best known as the “father of dental radiography.” While his influence on dental imaging and diagnostics is widely known, he also made many other contributions to both dentistry and the wider world. He was the first dentist to hire a female assistant, which made dental care more accessible to female patients. His practice was among the first to be powered with electricity and this influenced some of his other inventions including an electric dental unit, an electric air compressor, an electric lighting system, and an electric suction system for aspirating fluids and irrigating cavities. This last invention was widely adopted not just in dental practices but by surgeons around the world. His inventions that were not related to medical and dental practice include a fire extinguisher and alarm system, a drinking fountain, and an electromagnetic clock.

William James Morrison was also a dentist in the late 19th and early 20th centuries. Based in Nashville, he rose to fame during the 1904 St. Louis World’s Fair where he and confectioner John C. Wharton debuted their electric cotton candy machine which they had invented in 1897. The machine melted sugar and used forced air to push it through a wire screen to produce what at the time was called Fairy Floss. The machine and the candy were big successes at the fair, cementing Morrison’s place in history.

A 19th-century dentist and steamboat engineer from Buffalo, New York, Alfred P. Southwick is best known as the inventor of the electric chair. He reportedly was inspired to design a chair for executions after hearing about an intoxicated man who died almost instantly after touching a live generator. His electric chair design was created in 1881 and was first used to euthanize stray dogs at the Buffalo SPCA before being adopted as a method of capital punishment in 1890.

Sometimes dental inventors create things for outside the dental world while pondering improvements for their patients. This is the case with Robert Schattner, DDS, who, according to his Washington Post obituary, invented sore throat remedy Chloraseptic in 1952 while trying to come up with a better post-op pain management option for extraction patients. Dr Schattner had a chemistry background and was experimenting with phenol when he discovered a mouthwash version of what he’d come to call Chloraseptic. Throughout the rest of his life, he focused on developing germicidal products for a range of industries. He held numerous patents and created disinfectants, carpet shampoos, fabric cleaners, and the chemical sterilizer Sporicidin. While many of his inventions were recommended by dental professionals and used in practices, his innovations had impacts far outside the dental world.

This Hong Kong dentist is a serial inventor who, according to a profile in the South China Morning Post, practices dentistry as a living to support his family, but his true passion is inventing and solving unique problems. He’s come up with numerous ideas but thus far only one of them has made it to outer space. A special pair of forceps he created as a possible appendage for a surgical robot turned out to be a perfect innovation for use in space. The forceps have a simple locking mechanism, allowing them to continually grip something without additional pressure being applied. After working with the Russian space agency and Hong Kong Polytechnic University, the forceps he designed were sent to the Mir space station in 1997. 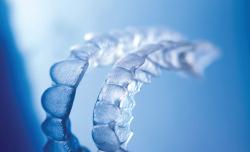 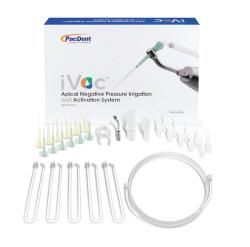