You’ve heard the debate about the value of digital versus traditional impressions for years now. Dentists argue passionately that one is inherently better than the other and it seems like the debate won’t ever end, but at the end of the day it really comes down to personal preference the individual case.

Traditional impressions are still widely used (some estimates say the average dentist does around 380 a year), and they’re not going away anytime soon. And while impression materials seem to get better every year, they still account for one huge problem: people. No matter how good the material is, human error still plays a factor.

How many impressions do you think you’ve sent to your lab that could be described as less-than-perfect? If you’ve ever gotten a desperate call from your lab telling you that your impression-taking skills need some work, you’re not alone: a recent study found that 64.5 percent of impressions sent to labs are unacceptable.

But that’s fine, you say, the lab will call me if there’s a problem. It’s on them to make sure it’s right.

But just like you, labs are a business, and they need to make money. Jason H. Goodchild, DMD, director of clinical affairs at Premier Dental Products Company, likes to tell this anecdote. At a recent visit to a lab where he was teaching a recent CE course, a technician spent some time showing him different bad impressions that had been sent in over the years.

Dr. Goodchild asked the technician, “What do you do when a dentist sends a bad impression?” to which the tech replied, “Call them.” “After the tenth time?” he asked. “We don’t call them anymore,” the tech said, “We’re game players, not game changers.” What the tech meant was that, while labs can fix some mistakes, they’re not miracle workers.

Just like other business, labs also need to keep their customers happy. Dr. Goodchild says, “If the lab calls you every single time [there’s a problem], the dentist is going to find another lab. They don’t want to be bothered.” The lab is stuck with the conundrum of either losing the customer or creating a crown off of a bad impression, so they’ll make the crown because they don’t want to lose business.

It’s up to you - and only you - to make sure that you aren’t part of that 64.5 percent sending bad impressions. Here are just a few of things that can go wrong and tips to help you fix them in the future.

One of Dr. Goodchild’s strongest bits of advice is, “don’t be cheap.” This is especially important when it comes to material and tray usage. Many dentists, he says, make the simple mistake of not getting enough material into the tray, or using a cheap tray with bad side support. “Cheap dentists want to skimp on that stuff,” he says.

This image is good example of how not to take an impression - the likely culprit is that there isn’t enough tray material to support the wash material.

Using less material seems like it should be an easy way to save significant amounts of money. The average impression with stock tray costs somewhere between $18 and $35. If the dentist does 380 impressions a year, that amounts to $6840 and $13300. Certainly not your practice’s biggest expense, but a dentist looking to save some money could easily decide that skimping on impressions is a good way to cut costs.

But is a bad impression really worth saving a small amount of money here and there? Dr. Goodchild likens impression-taking to that famous scene in The Fellowship of the Ring where the wizard Gandalf stands at a bridge and yells “You shall not pass!” He says that impressions are like this - without a good impression, you can’t move forward.

Do what you can to get it right the first time, before it gets sent to the lab and is either rejected or you end up putting something in a patient’s mouth. It will be more expensive and time-consuming if you don’t.

Get fancy with it, or maybe don’t

Depending on who you ask, adding in an array of extra instruments and techniques can either be a great help or not necessary. The important thing is to use the techniques and instruments you feel comfortable with, using them for the right case and not taking any shortcuts along the way.

John Flucke, DDS, technology editor at DPR, has found great success using a variety of instruments in his practice. He admits that these days he’s mainly switched over to digital impressions, estimating that he maybe takes one traditional impression per quarter for what he calls “oddball situations” - mainly partial dentures where a crown has to fit with a partial, which he says none of the scanner companies have quite figured out yet.

He recommends two major tools to help with impressions, diode lasers and electric handpieces. Using a low-power laser (and he emphasizes the need to keep it at low power, to avoid burning the tissue) he will remove a small amount of tissue around the tooth. This creates a small groove below the margin of the impression, which allows material to flow down into that groove.

Electric handpieces, Flucke explains, are gear driven, which means that you can run them more slowly and get good results because they don’t stall. He says that he uses it in problem areas with decay in the gumline. He begins with a small-diameter bur to get tooth structure out of the way, then he goes back with the large-diameter bur to refine it, using the smaller bur to give himself room to use the larger one.

Dr. Goodchild approaches impressions from a different angle. Rather than recommending any specific tips and tricks, he advocates for a “back to basics approach.” He says, “All those things we learn in dental school, they’re still valuable. Pick the right material, syringe the right way, seat it correctly, transport and store it correctly.”

He says it’s not about “any slick tips and tricks, but getting it done right the first time.” He stresses that everyone is going to find the techniques that work best for him or her, and it’s about using the techniques that will get good results, not taking any shortcuts.

So, whether you take the more hi-tech approach or a more back-to-the basics approach, stay consistent, do what works for you and take pride in your work.

Throw relining out the window

Relining is another technique many dentists use to attempt to make impressions more accurate - or they just use it to save a little time and money.

Dr. Goodchild has seen a variety of examples where relining is the cause of bad impressions, which has led him to the conclusion: Don’t reline an impression, just take another impression.

In this one example, an associate attempted to reline an impression to get more detail out of it, instead just creating something unusable.

Labs feel the same way about relining. One lab offers this advice for dentists: “If you want an impression that the lab can actually use, you must completely re-do the impression. Many dentists mistakenly believe that relining will result in a more accurate impression, but this is the exact opposite of the reality.”

They say that relining an impression makes it nearly impossible to seat the impression correctly. “The inevitable consequence is that you create a double copy of the prepared tooth inside the impression. There isn’t enough space for the impression to seat fully with new material inside of it.”

Rather than saving time and money, relining can often lead to more waste - so make sure you have it right the first time, or just do the impression all over again. Your lab (and your patient) will thank you for it.

Clean up your messes

Dentists work with the human mouth day in and day out, so it’s sometimes easy to forget a simple fact: The human mouth is gross. It’s constantly warm and damp, a perfect breeding ground for bacteria, and always open to the elements. Where else in the human body does bleeding and decay occur on such a regular basis?

Part of getting a good impression is dealing with that. No matter how hydrophilic a material, blood flow needs to be stopped or it will ruin the impression. Blood has to go somewhere, and that somewhere usually involves pushing impression materials up, creating voids and a host of other problems, not to mention the issues caused by dried blood getting into the impression material.

Sometimes a somewhat unconventional approach works best here. A 2005 article by Gordon J. Christensen, DDS, MSD, PhD, recommends several simple approaches for stemming blood flow. The first is to have the patient use one of the many-available chlorhexidine gluconate mouth rinses - twice a day for six weeks, beginning two weeks before their appointment. The rinse makes the gingival tissue pink and firm, preventing blood flow.

If that route is undesirable, the article also mentions a more technique-sensitive method for controlling bleeding. Inject medium-viscosity material around dried tooth preparations, then use a small stream of air to push the material, forcing it into the gingival sulcus. If blood emerges from the unset material, gently blow air onto the impression material in the bloody area until bloody area is no longer visible. It might take several tries, but a combination of air and viscous material will eventually stem the bleeding.

More traditional routes include a variety of hemostatic agents or retraction cords. Use the products you feel comfortable with that are best with the situation you’re working with.

Remember, if you’re putting something in a patient’s mouth, whether it’s a retraction cord or a cotton roll or something else, remove it before you send it to the lab! Anything in a patient’s mouth is going to filled with a variety of bacteria, and as Dr. Goodchild says, cannot be disinfected. No lab wants to deal with a cotton roll full of germs - not to mention the fact that the impression could be damaged when trying to remove it.

To remove a retraction cord stuck in an impression, Dr. Christensen recommends soaking the impression in a cup of water to wet the cord, then carefully pulling it out. If you can’t pull it out, take another impression, or you’ll risk an angry lab impression and a bad impression.

Many impression mistakes are just small technique errors. While these can create big problems, they usually involve a quick fix.

One common issue Dr. Goodchild has seen is a problem with syringing technique. When syringing wash material, many practitioners will start and stop at the same location. As Dr. Goodchild explains, this creates suction as the needle is removed, which causes v-shaped voids to form in the final impression. Instead, go around twice and end at a different place than where you began.

Dr. Goodchild says this is often the result of younger dentists having only previously worked with alginate, where that technique is correct. As with many other problems, it comes down to a matter of using the right technique for the right material.

Another common mistake is based on the misconception that a rough surface will create a better impression than a smooth one. In fact, the opposite is true: the smoother the prep, the better.

Instead, follow the manufacturer’s instructions for timing, and use a stopwatch to time it. Don’t create guesswork for yourself, pull out your phone or computer or pick up a dedicated stopwatch. It’s a simple fix, but one that can save you a lot of headaches (and money). If you don’t, you can end up removing the impression too early, resulting in tearing. 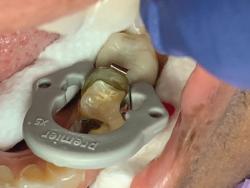 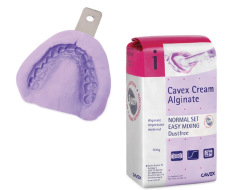 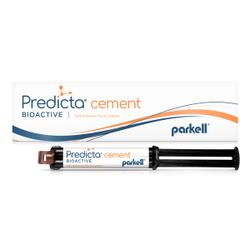