Dentists need to make sure they’re getting the most use out of the digital tools in their arsenal.

We all know that the next big thing in digital dentistry is 3D printing, but the holdup is in materials. Until companies come out with 3D printing materials for long-term wear in the mouth, the industry will continue to wait.

In the meantime, dentists can take additional steps to make sure they’re getting the most use out of the digital tools in their arsenal. Here are five hidden uses of digital technology.

“When you take a CBCT scan and bring it up on the screen, the ability that you have now to be able to place an implant virtually and basically create your guided surgery pieces without ever really touching the patient is pretty amazing,” he says. “The software will show you a rendering of exactly what that implant would look like, and it looks just like the implant that the manufacturer sends. You can drag the implant around on the screen and get it superimposed inside the 3D volume. You can even tip it in all three planes - X, Y and Z - and when you’re done, you can look at it in 3D and rotate the patient’s head in all directions and say, ‘That’s exactly where I want that implant to end up.’”

Trending article: 4 things you didn't know you can do with a digital scanner

That’s opposed to drilling and orienting the axes by hand, as it is done in the traditional analog method.

“Now you can do this all virtually,” Dr. Flucke says. “The lab will take your case, which you have treatment planned and designed, and will create a depth-limiting surgical guide to send back to you. It snaps into the patient’s mouth and stays fixed so that you can’t vary the drill bit at all. It has to go exactly where you treatment planned it, even to the point of depth.”

In the digital workflow, the procedure is no longer dependent on the dentist’s skill and attention. Instead, the skill is computerized.

While taking pictures allows for dentists to co-diagnose with their patients, there are quite a few other uses of digital photography in the practice as well.

“You can take standard 2D X-rays and photographs and mock those up digitally and evaluate things digitally with those in ways that give you a lot more information than I think people are really using now,” Dr. Flucke says.

More and more dentists take the standard six views with a digital camera on every new patient, but they don’t always think about what they can do with those views once they have them. Dr. Flucke has a few uses.

More from the author: The state of intraoral scanning

“We had a patient in recently who had lost teeth 30 and 31,” Dr. Flucke says. “Tooth number 2 had started to super-erupt because of the loss of those opposing molars. The patient was concerned, so I put their bitewing up on the screen and drew a black line through the tooth that showed where the tooth should have been.”

To make things equal, Dr. Flucke would have to shorten the biting surface by 6 or 7 mm- not a simple procedure.

“We’d have to do a root canal before we could address what to do with the missing teeth underneath,” he says. “At that point, it may not be worth it. We might be better off extracting the tooth that’s growing out of the gum and restoring everything with something manmade.

“When you’ve got a tooth growing out of the gum and your dentist starts talking about thousands of dollars worth of treatment just to make it normal again, a lot of people don’t comprehend it so well. But the visual aspect of drawing one single line across that bitewing so that they understand where the plane of occlusion is makes a huge difference in patient understanding.”

3. Plan for the cosmetic finish

Dr. Flucke performs a lot of cosmetic procedures in his practice and has found incorporating digital photography in atypical ways helps him be a better dentist.

“Let’s say someone comes in and I’m going to do some cosmetic contouring with the laser,” Dr. Flucke says. “In that situation, I’ll take some high-resolution digital photographs of the patient’s retracted smile and put them on the screen in the operatory.”

At that point, the images are no longer for the patient’s benefit and understanding. Instead, they’ll serve as a reference of where he started and where he hopes to finish the procedure.

Trending article: A look at the 2017 Cellerant 'Best of Class' Technology Award winners

“If I’m working and removing tissue, I’m looking at the picture to see what I had before I started and where I’m going,” he says. “Sometimes before the case, I’ll sit down and use some photo editing tool to literally draw where I want my finish line to be. It’s just like taking a marker to a normal photograph. I draw how I want the curvature to be. That gives me an idea of where I’m going and what I’m doing. It gives me a road map.”

As he says, it’s easier to plan for the finish than to “wing it.”

“If you just sit down and remove tissue with a laser and scalpel, you could find yourself thinking, ‘Wait, I don’t know if I should have taken that much tissue away,’” he says. “I’ve found it’s much easier to use tools to plan ahead of time.”

4. Remind patients where they started

Here’s a common case: A patient comes in with some fairly significant cosmetic problems. The dentist completes a cosmetic treatment plan, bonds the porcelain restorations and completely changes their smile. But the patient requests a few tweaks.

“They look like they’re ready to star in a movie,” Dr. Flucke says. “You’re happy with it, your assistant is happy with it, and then you hand the patient a mirror and say, ‘Take a look at that,’ and the patient looks at it and goes, ‘Well, if you could just round this one a little bit here and this one over here looks like it’s sticking out a little bit, so I think we need to drill on that one and move it.’ You almost want to put your head in your hands and think, ‘What have I done?’”

The problem, Dr. Flucke says, is that people forget what they looked like. The solution is to remind them.

To do so, Dr. Flucke places the pre-op photographs on a monitor, which hangs over the patient’s head during the procedure.

“When we tip them back to put the beautiful porcelain on, we don’t say anything, we just leave it up,” he says. “Then they take the mirror and look at their finished smile compared to what they looked like before. I can’t remember the last time one of those patients said, ‘Well if you could just change this thing.’ They say, ‘Oh my gosh, this is wonderful.’”

During the process, people sometimes forget where they started, but when they get a reminder, they’re a lot happier with the final product.

“The other thing is just combining some of these tools and using them in the proper way,” Dr. Flucke says. “There is a device called the Soprocare, which triples as a periodontal camera, an intraoral camera and a caries detection camera. So with one device, you can show people pictures like you normally would, but you can also push a button that changes the lighting system on it so that in one mode of color, it makes gingival inflammation, plaque and tartar show up much brighter on the screen than normal so that people can see where they have periodontal problems or where they’re not brushing or flossing properly. Then of course, with the caries detection piece, the tooth shows up red on the screen where there’s decay.”

Dr. Flucke’s hygiene team uses the Soprocare regularly. “We do digital caries detection scans on everybody that comes in because it only takes a couple of minutes,” he says. “Doing that on everybody provides a great, impartial second opinion. You’re not just telling people there’s a cavity that they can’t see. Instead, when the patient asks to see it, you show them on the screen where the red is on their tooth. People expect us to do that now, and if we don’t, they ask about it by saying,‘Why aren’t you using the camera that shows me where the cavities are or where the gum problems are?’ Once again that helps you treatment plan, do better for the patient and helps the patient understand what you can do to do better for them, all in one fell swoop.”

So, what can dentists be doing with the very basic digital technologies that they have to get the most out of them? “Quite honestly, use them,” Dr. Flucke says. “We’re creatures of habit. We get used to doing things a certain way and it’s really hard for us to incorporate a nice intraoral camera. It takes 20 seconds, tops. But for some reason, if you haven’t stopped for 20 seconds to take that picture, it is so easy to jump right past that step. And yet, to be able to communicate, treatment plan, and figure things out and document your cases in the long run, it is really helpful to do that. When I’m doing things in the operatory, the intraoral camera is my friend. I take pictures before I start, while I’m working and when I’m done. It’s not difficult or time- consuming, but you do have to remember to use the tools.” 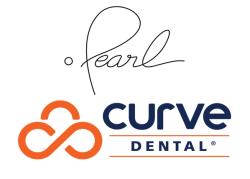