Like most industries, the world of hygiene is one filled with strong opinions. Some hygienists swear by certain brands of toothpaste and mouthwash, while others could spend hours arguing why people should switch to an electric toothbrush and toss their manual one in the trash.

Over the next few pages, we’ve compiled a list of five hot topics that often spark debate among hygienists. Although these topics can be controversial, they can also lead to insightful conversations and better understanding, which ultimately results in improved patient care. Take a look to see which side you fall on in each debate and whether your opinions jive with those of experts.

To floss or not to floss?

On Aug. 2, 2016 the dental world was turned upside down when Jeff Donn released an article titled "Medical benefits of dental floss unproven."

When the article was published, you could hear a collective sound across America of people digging deep in their bathroom drawers and throwing out the years of floss that had been put into their hygiene bags. People were now given permission to not do what so many claimed they did, but didn’t actually do anyway. No more having to make that embarrassing confession to the hygienist every six months when asked, “How often are you flossing?”

Donn’s article cited several reasons that flossing does not help avoid gum disease and that this is nothing more than a marketing ploy by big businesses like Proctor & Gamble to sell this useless piece of string and the American Dental Association (ADA) to charge for the seal of approval to these companies.

Many patients don’t realize just how important it is to use the right toothbrush. They typically rely on the sample they get after their 6-month dental visit or pick up a cheap option at their local grocery store. To them, all toothbrushes are basically the same, and they don’t see a reason to invest in an electric version.

While using a manual brush is, of course, better than nothing, many oral health care professionals want their patients to make the switch to electric. These brushes help ensure patients get their mouths as clean as possible-reducing their cavity risk and the likelihood they’ll develop gingivitis.

Continue reading to find out why your patients should go electric.​

The subgingival application of different chemotherapeutic agents as an adjunct to nonsurgical periodontal treatment and preventive periodontal therapy comes and goes, but it’s not considered a “gold standard” procedure like scaling and root planing. Knowledge of its effectiveness and cost considerations aren’t widely discussed.

Jenny Argot, RDH, considered joining a branch office of a corporate dental practice that employed a larger roster of practitioners. In discussions about clinical operations, Jenny discovered that she’s expected to irrigate subgingivally with 0.12% chlorhexidine following scaling and root planing (SRP). The practice charges for the procedure and Jenny was recently employed by a periodontist who didn’t include subgingival irrigation as part of his SRP protocol. Jenny called the periodontist to ask about subgingival irrigation (SI) as an adjunct to SRP and he directed her to the American Academy of Periodontology website to find her answer.

Click here to find out what this columnist thinks about oral irrigation.​

Chances are, your patients don’t think much about oral rinses and the many benefits they provide. Sure, they might swish with their go-to rinse for a few seconds after they brush, but if they’re not using the right rinse for their oral condition for the proper amount of time, it isn’t doing them much good.

While popular over-the-counter options might be enough for some of your patients, others need rinses that address specific health conditions such as rampant caries and dry mouth. That’s where you come in. Asking the right questions and assessing your patients’ health will help you determine the best rinse to recommend, and educating them about why they need that rinse will make them much more likely to comply.

Continue reading to learn what these hygienists think about oral rinse.​

Is this newer anesthetic injection technique better for patients?

In the world of oral anesthesia, this injection is fairly new. If you have been practicing for more than five years, you may not have been introduced to it in your pain management course. It is gaining popularity particularly for its potential uses in cosmetic dentistry.

The AMSA can be described as a field block. It effects the terminal branches of the ASA nerve and the MSA nerve when present (approximately 30 to 50 percent of individuals lack this nerve). Because the anesthetic is deposited on the palate, the nerves innervating the upper lip are not affected, therefore allowing for normal lip function, which is ideal for when the patient needs to maintain upper lip function.

Click here to find out the pros and cons of this injection technique.​ 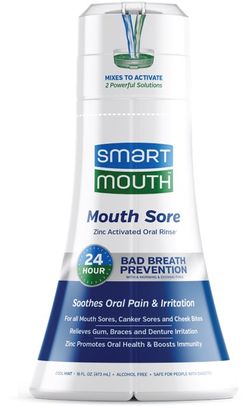