When it comes to implant dentistry and immediate placement protocols (IPP), the current consensus is that tighter is better for primary stability in implant placement. But that might not be true.

When it comes to implant dentistry and immediate placement protocols (IPP), the current consensus is that tighter is better for primary stability in implant placement. But that might not be true.

“The industry is driving the direction as far as primary stability and immediate loading. Right now it’s the tighter, the better. We are looking at whether that is the best approach,” explained Dr. Norton.

The current consensus is implants placed with higher torque (as high as 75Ncm) yield higher primary stability than those placed with lower torque. Clinicians work to hit the target value of insertion torque for the implant system and test the Peak Insertion Torque (PIT) as a measure of rotational stability.

Dr. Norton, however, does not agree with the principle of the method. He has three major points that explain his case why tight is not necessarily right for primary stability in implant placement protocols.

Trending article: How to totally replace a crown in-office with perfect cementation

Target insertion torque is not a uniform value.

However, many factors affect this value, including the geometrical characteristics of the implant, not least its diameter; the density of the bone where the implant is placed; and the diameter of the osteotomy in relation to the implant.

What this means is that when these factors vary, the resisting torque also varies. With only one torque value to target, hitting that insertion torque value in some cases could create unfavorable bone strain for the patient, which can lead to delayed integration, bone loss or even implant failure.

“It is a bit of nonsense that within any implant system only one target value of insertion torque is provided,” explained Dr. Norton. “And yet, for most implant systems that is what we seem to be faced with.”

RFA is a better way to predict success.

Higher torque rates create better mechanical stability, i.e. a tighter fit and less micromovement rotationally, at least initially. Clinicians have “peace of mind” that the implant is stable. However, rotational instability will not prevent osseointegration in and of itself. Many clinicians have had implants with initial rotational micromovement, or a “spinner” that achieved osseointegration. This is possible because the axial stiffness of the implant was adequate to facilitate healing.

Dr. Norton advocates using Resonance Frequency Analysis (RFA) to measure the Implant Stability Quotient (ISQ). The RFA measures the axial stiffness between the implant and the bone. He referred to the study by Al-Nawas et al (IJOMI 2006;21-726-732) that showed, “by contrast the sensitivity of ISQ was such that it could be predictive for failure as this measures axial rather than rotational stability.

Trending article: Will humans soon be able to regrow teeth? New research gets one step closer to making it happen.

In other words, although implants inserted with high insertion torque may exhibit primary stability, their ability to achieve secondary stability is impaired. It also creates a question as to when biological stability begins-a major problem for the timeframe associated with immediate placement protocols.

For these reasons, Dr. Norton is a proponent of placing implants with a lower insertion torque for immediate placement protocols-as low as 25 Ncm. Why? To facilitate faster healing and osseointegration.

“The truth of the matter is when one is doing immediate loading or immediate temporization, you want that implant to obtain biological stability at the earliest opportunity. You don’t want to delay the healing, and you don’t want to reduce the bone-to-implant contact. So whilst it may be counterintuitive, it is my belief, and the belief of others that have published on this topic, that a lower insertion torque is actually a better option,” he said.

Dr. Norton also clarified that he is not saying that high insertion torque will necessarily prevent osseointegration, but if the osseo-compression creates unfavorable critical pressure in the wrong zone, i.e., crestally, it will result in marginal bone loss over the long term.

Dr. Norton believes that it’s time to redefine primary stability as whatever it takes to allow for successful but rapid osseointegration between implant and bone. He describes this concept as Viable Constraint (vC), or the ability to achieve the combination of rotational stability, while allowing for axial stiffness in the cortical and apical zones, but without compromising bone viability.

“Primary stability is NOT insertion torque. We are not carpenters,” he said, “It’s time to think like a clinician. Think viable constraint (vC) and protect the crestal bone.”

He argued that as a profession, clinicians should challenge accepted norms, trust their experience and look at the evidence. Clinicians should tell the industry what is needed for primary stability, not the other way round.

Members of the AO can download the webinar for free. Simply use your member login to the AO website and select the webinar to download to your device. Non-members may access it for a $50 fee. AO is an ADA CERP Recognized Provider and designates the completion of this webinar activity for one-hour continuing education credit. 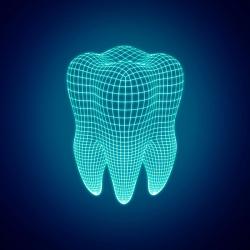