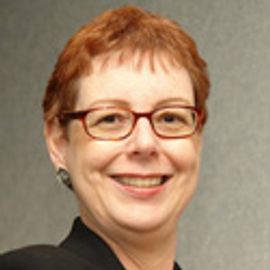 Stephenie Overman has written about workplace and health issues for Fortune.com, HR Magazine, Employee Benefits News, the Los Angeles Business Journal, and Bulletin to Management. In addition to being author of the book “Next-Generation Wellness at Work,” (Praeger Publishing) she has been editor of Staffing Management and Executive Talent magazines. She was senior writer in the Society for Human Resource Management’s publication department. She has a bachelor’s degree in journalism and political science from Ball State University and a master’s degree in labor studies from the University of the District of Columbia. She taught news writing at Rutgers University.

You can’t afford to let your hiring decisions rest on a leap of faith. Employing a dishonest or unfit individual, especially one who has access to patients’ health information, is a prescription for a legal and financial nightmare.

The good news is that mastering three critical steps â application, interview and references â can ensure that you hire safely and efficiently, according to Lester S. Rosen, author of “The Safe Hiring Manual.”

The 3 big reasons why your team members are quitting

Begin your hiring process by making sure each job candidate fills out the application completely and by reviewing applications carefully. Note any employment gaps or inconsistencies and be prepared to ask about them during the interview.

Be sure to include language that states that if anything on the application is later found to be incorrect or untrue the individual may be fired immediately. However, the application is not the place to ask applicants if they have been convicted of a crime, advises Rosen, who is founder and CEO of Employment Screening Resources (ESR).

Employers tend to think it’s important to find out at the start if a candidate has a criminal record, and if the answer is yes, to toss that application into the trash. But that potentially creates lawsuits, Rosen says, citing a growing  “ban the box” movement to remove the check-box question: Have you ever been convicted of a crime?

“If someone is otherwise qualified, at least give the person a chance to present his/her case during the interview,” Rosen says. “You can’t just say because you have a criminal record you can’t work here. It depends on the type of crime, the type of job, how serious the crime was, how old the crime, was.”

After thoroughly reviewing applications, it’s time for preliminary phone conversations to winnow the list. Ask each candidate the same list of questions; if the candidate appears to meet the initial criteria then schedule an interview.

When it comes time for the face-to-face interview, a two-step process often works best, with the office manager conducting the initial interview, followed by an interview with you and another staff member. That helps temper any unconscious bias one individual interviewer may have.

Have an interview plan so that all applicants are asked the same questions and so that you’re able to really listen to each person. Being prepared also helps you avoid illegal questions about race, gender, ethnicity, family or medical conditions. (ESR’s legal compliance resource www.ESRcheck.com includes a free tool for organizing interview questions.)

During the interview, let candidates know that you intend to do a background check and will talk with past employers. Ask applicants if there is anything they want to add or correct and address any gaps in their applications.

How to handle team members who have a verbal confrontation

You may be tempted to skip reference checking because it can be time consuming, but contacting former employers is perhaps the most critical parts of the hiring process.

“There’s a name for employers who don’t call to check references -defendants in lawsuit or in bankruptcy court,” Rosen says. “First, you want to show you did due diligence. And you want to really verify where a person has been. If you know where they’ve been, that should make you more confident.”

And although former employers often will not go into much detail about a former employee for fear of a lawsuit, they can give you a general idea about the individual.

This is also the time to conduct basic background screening, checking on criminal records and any type of medical sanctions, Rosen says. Be cautious about using social media to check out candidates because you could inadvertently find out something that a candidate might later claim was used to discriminate against him or her.

Internet searches generally are less and less valuable because candidates are more aware that employers are watching. “It’s almost an IQ check,” Rosen says. “A candidate should be smart enough to put anything personal behind a password.”

In the end, you want to hire the best candidate, not just the best candidate who applied. So, “if no one really meets your needs, start over. If three of four candidates are alright, but not what you’re looking for, change your message and try again,” Rosen says. That’s much better that making a huge costly mistake.

How should I pay my RDH?